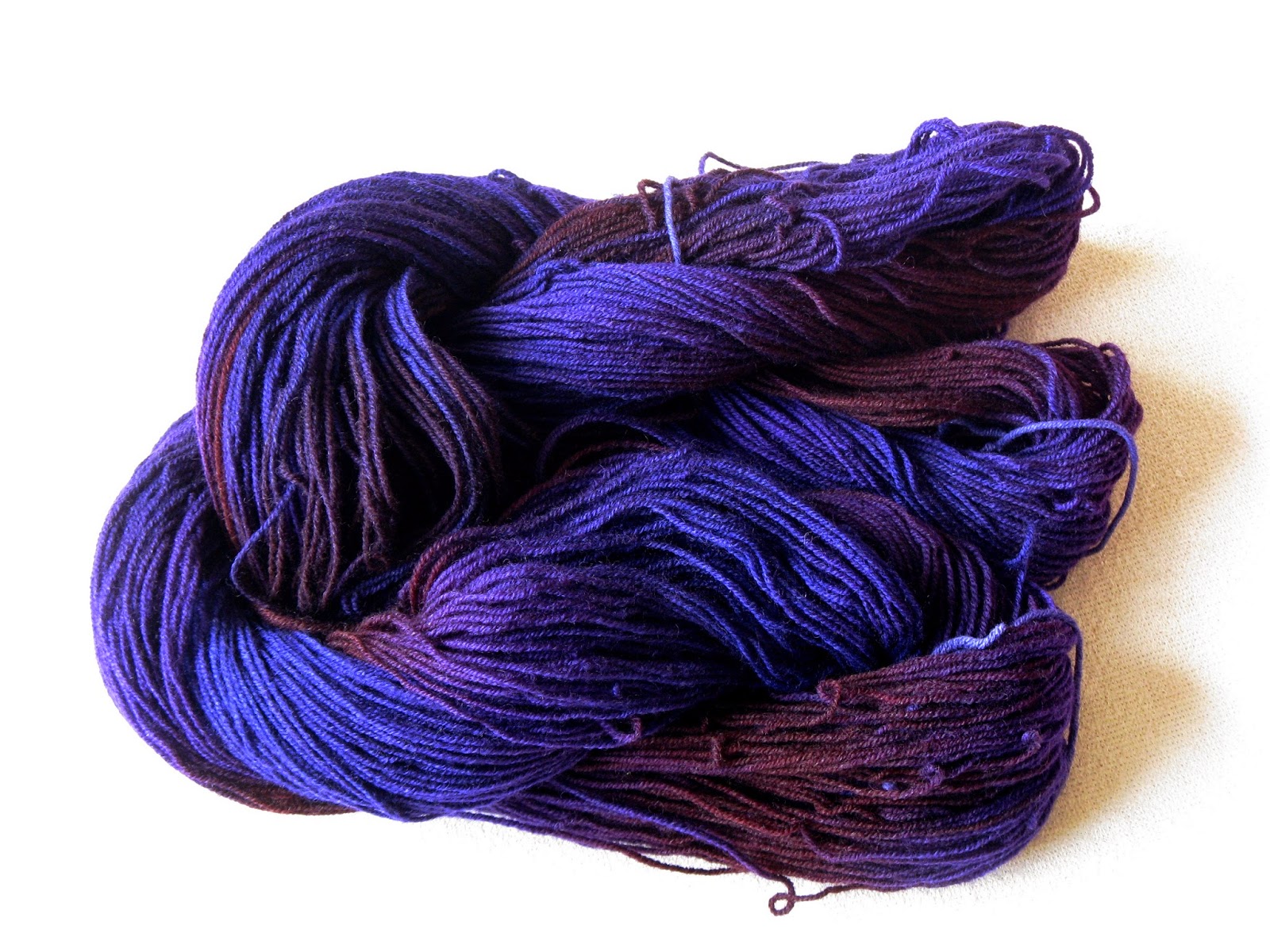 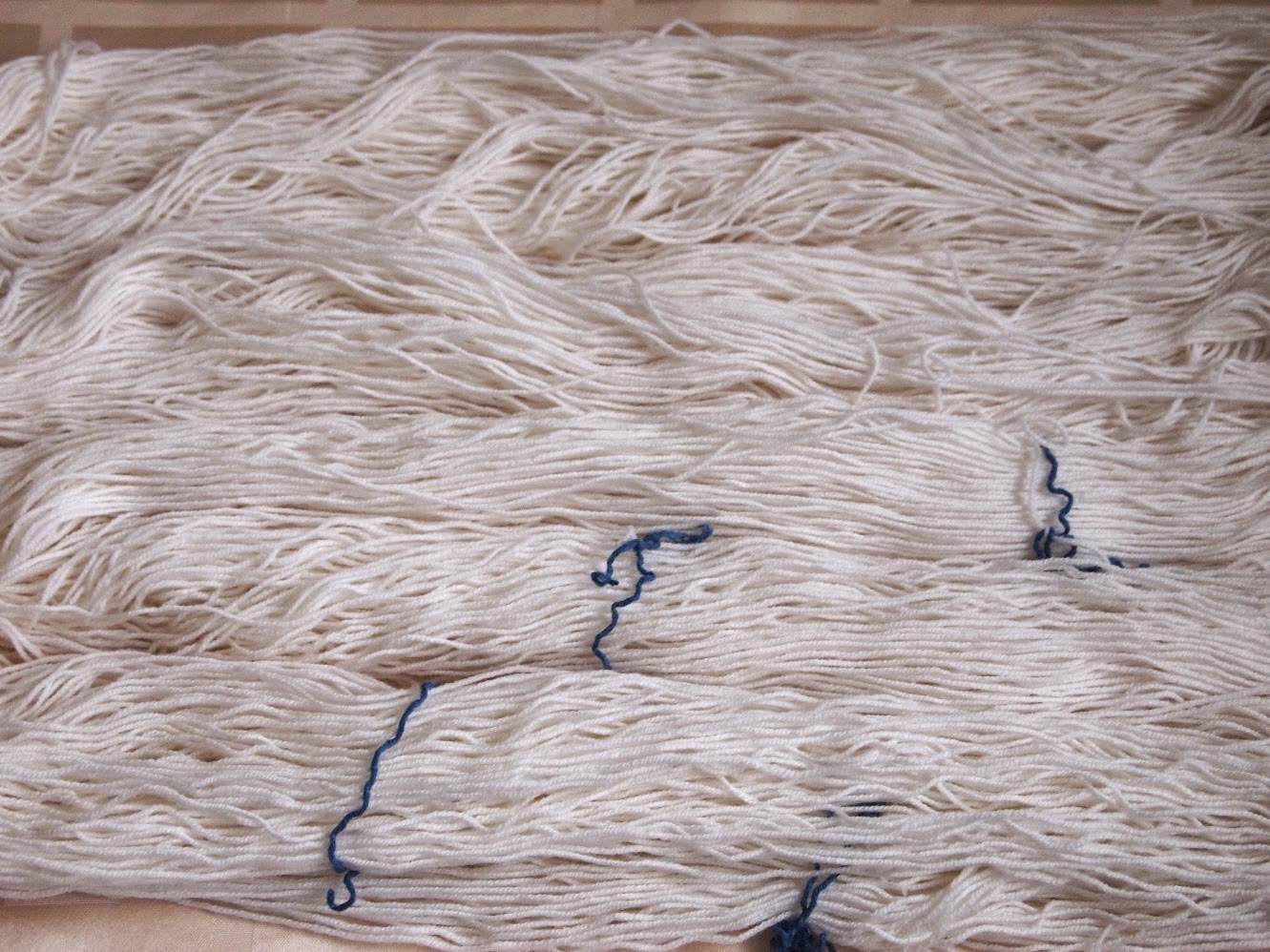 This time I experimented with four colors - red, blue, violet and purple. The color came very dark and mostly deep midnight purple with reddish-brown and blue nuances. It is actually darker than on these photos and the variations are not that noticeable, especially in the evening, but I think it's still interesting. 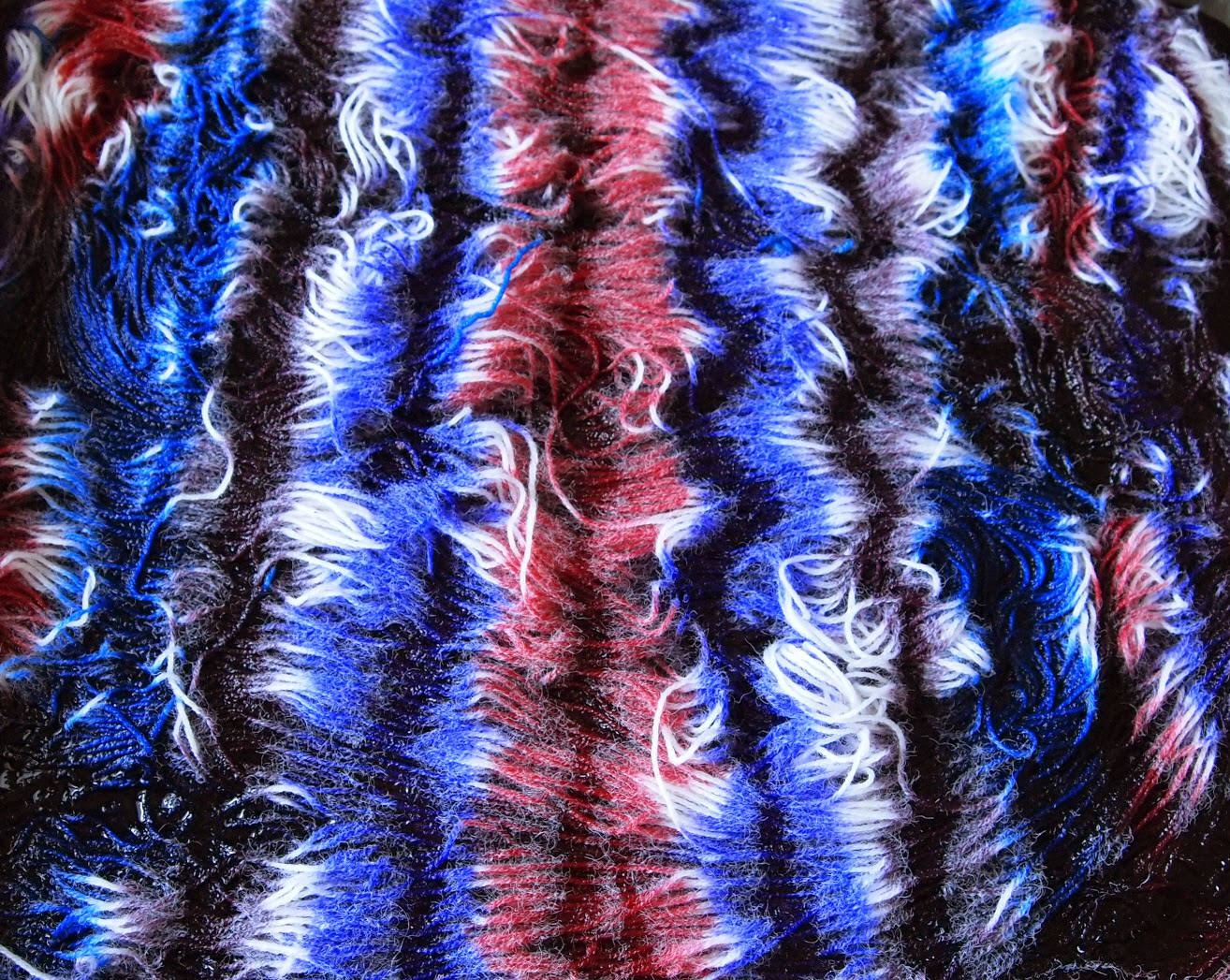 Next time I want to try mixing only purple and violet in much lighter tones, probably some blue too, but the red was a bit redundant. 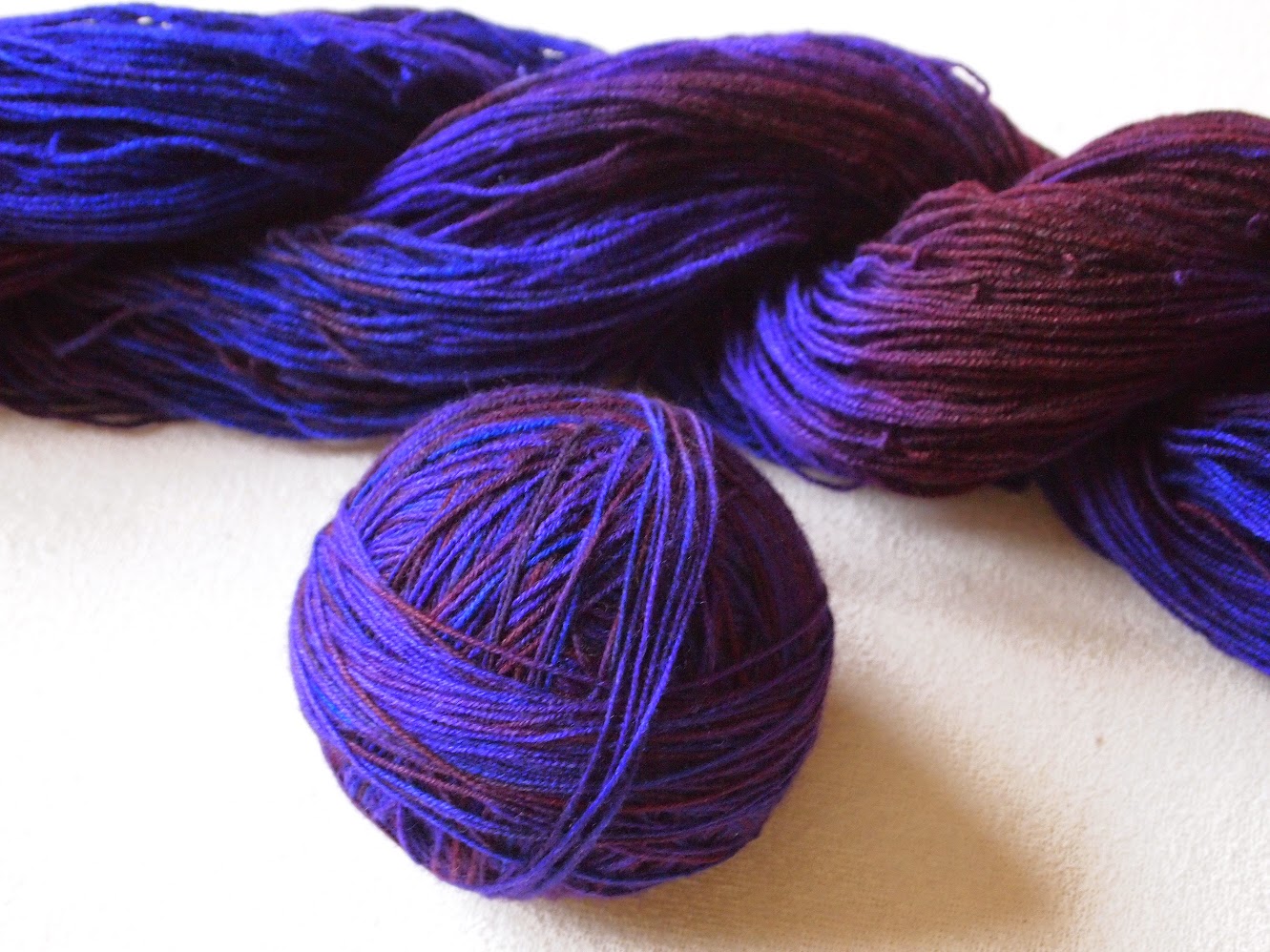 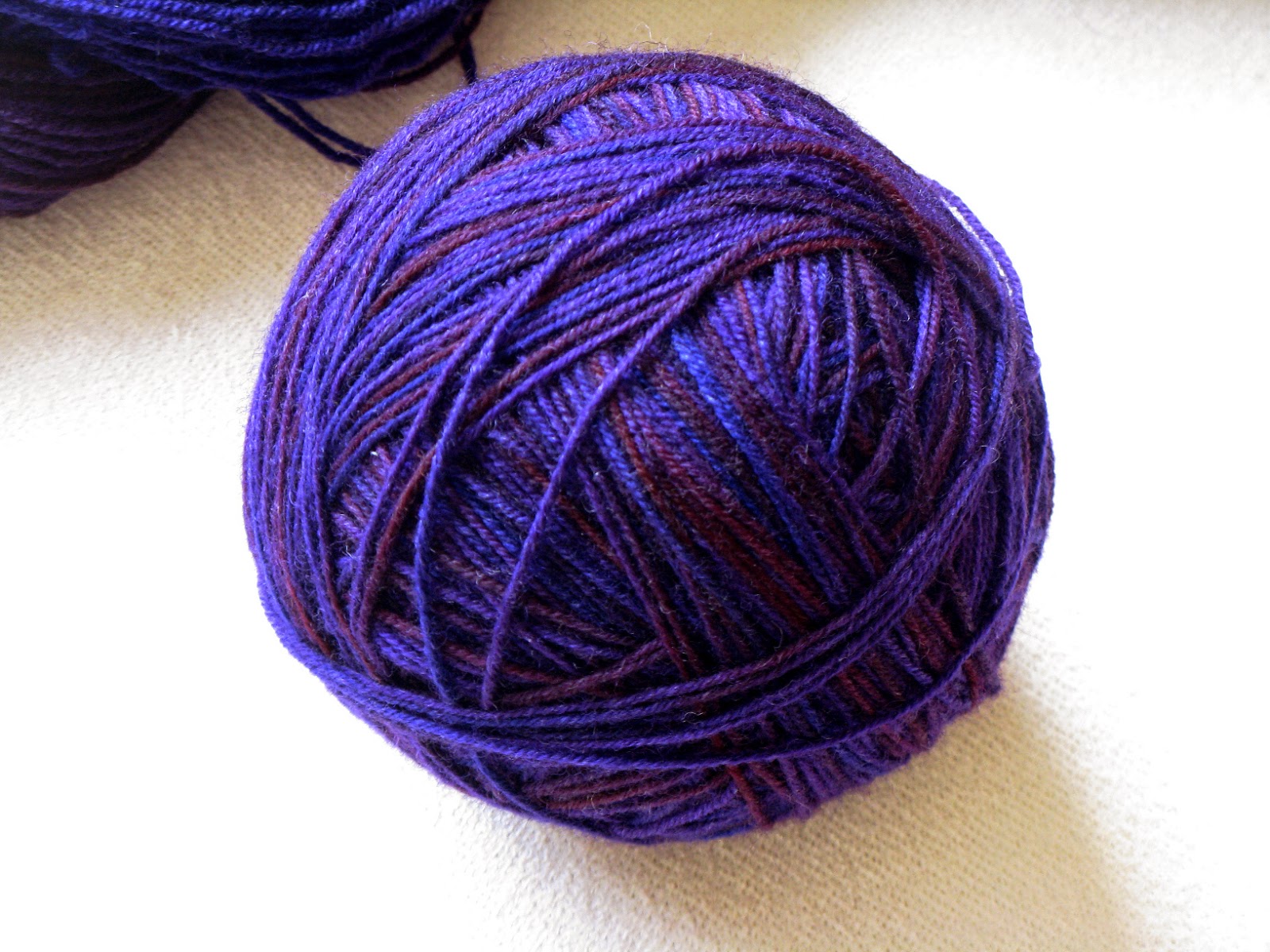 I tried a small sample to figure out what to do with it. It's only 200 g, but the yardage is almost 1000 yds, so it might be enough for a small light cardigan or a 3/4 sleeved sweater. 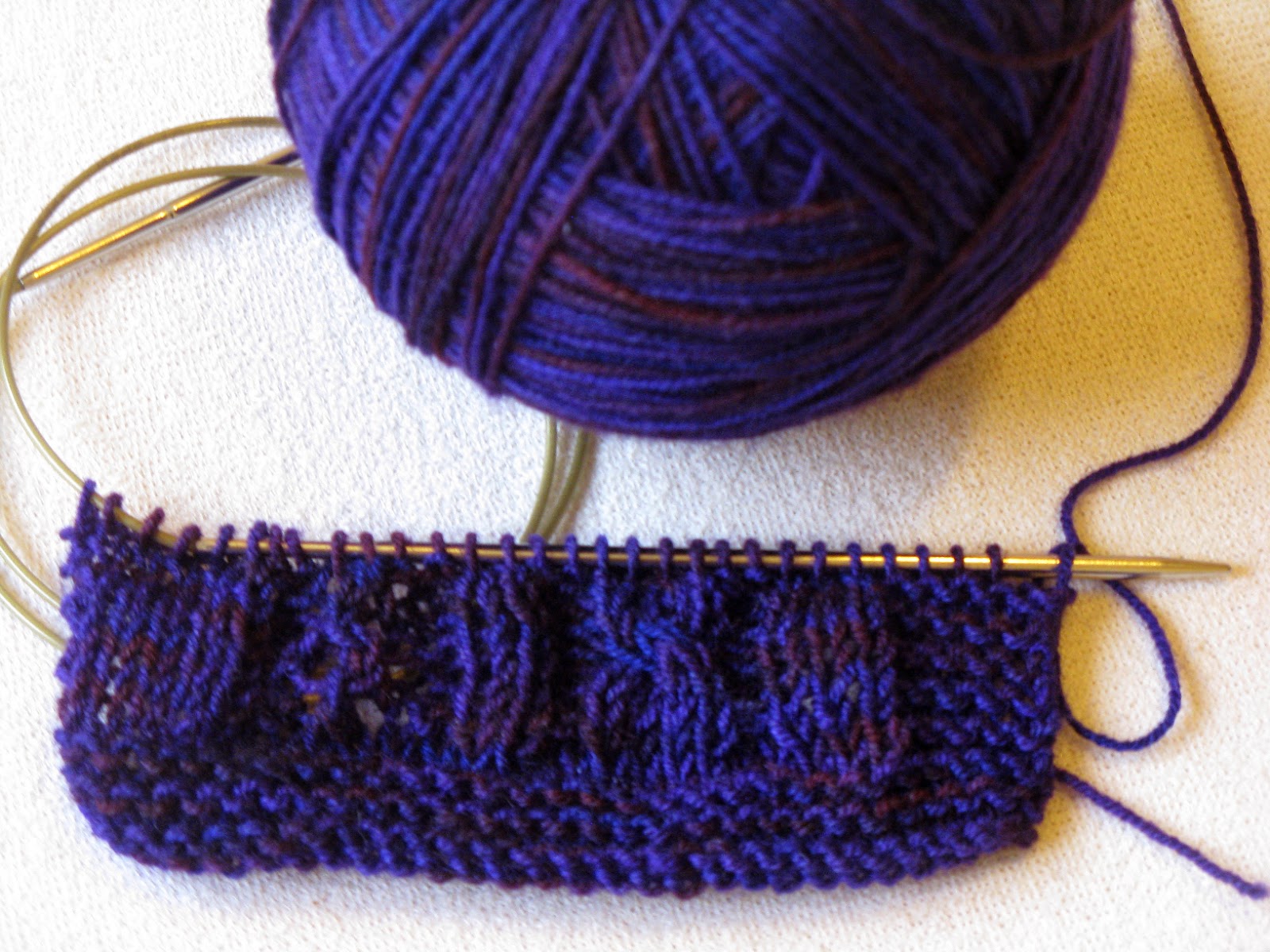 Meanwhile winter stepped in and for two days we were covered in snow. Most of it melted today, but it's cold, the winter boots and jackets are already out, hats, scarves and gloves are inspected and distributed and new winter accessories are planned. 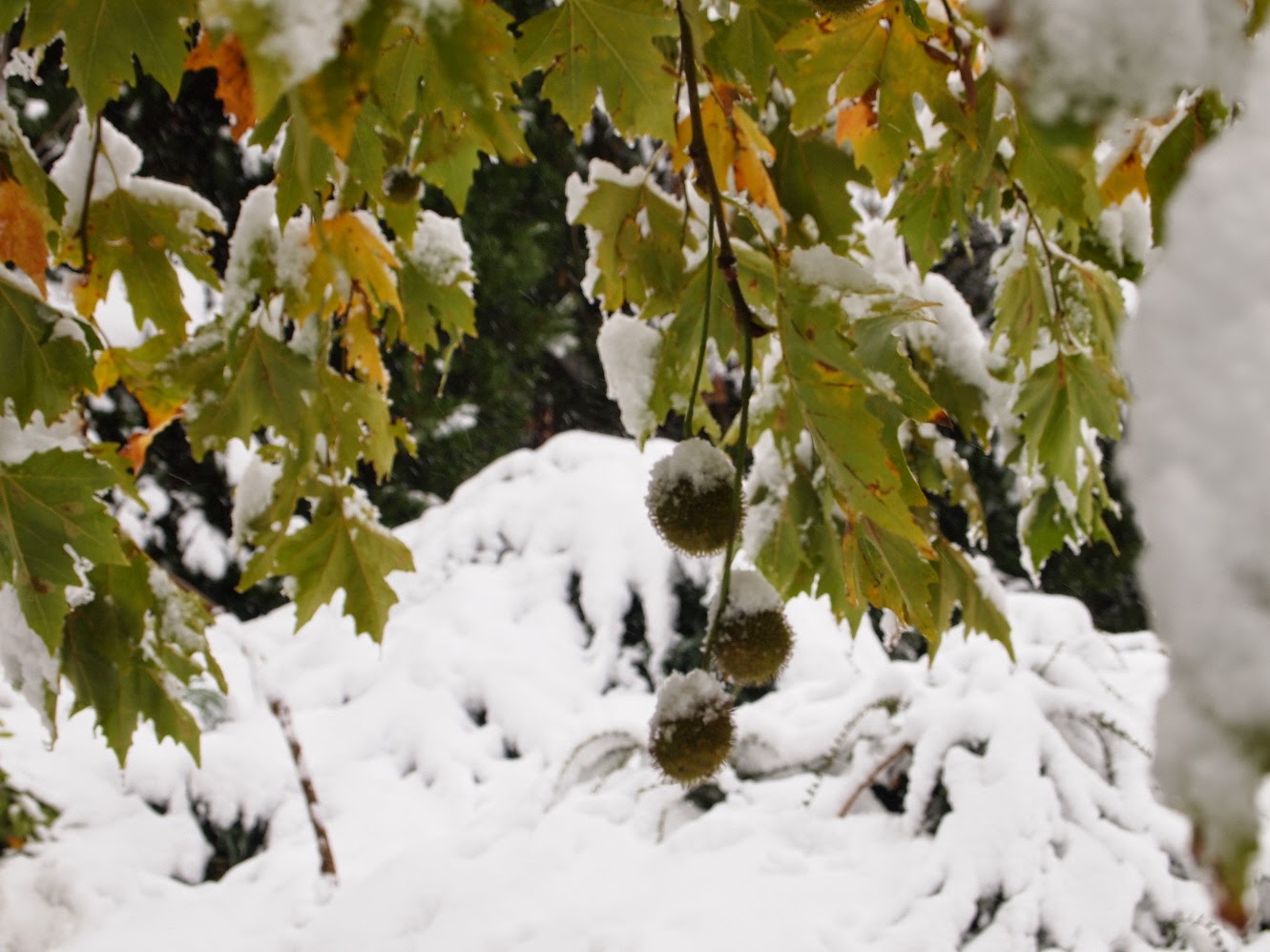 And the house smells of apple pies and cinnamon. This one I made today using a recipe from procurora's blog. It came out very delicious, light and juicy with apple pieces and walnuts inside and very crispy crust outside. 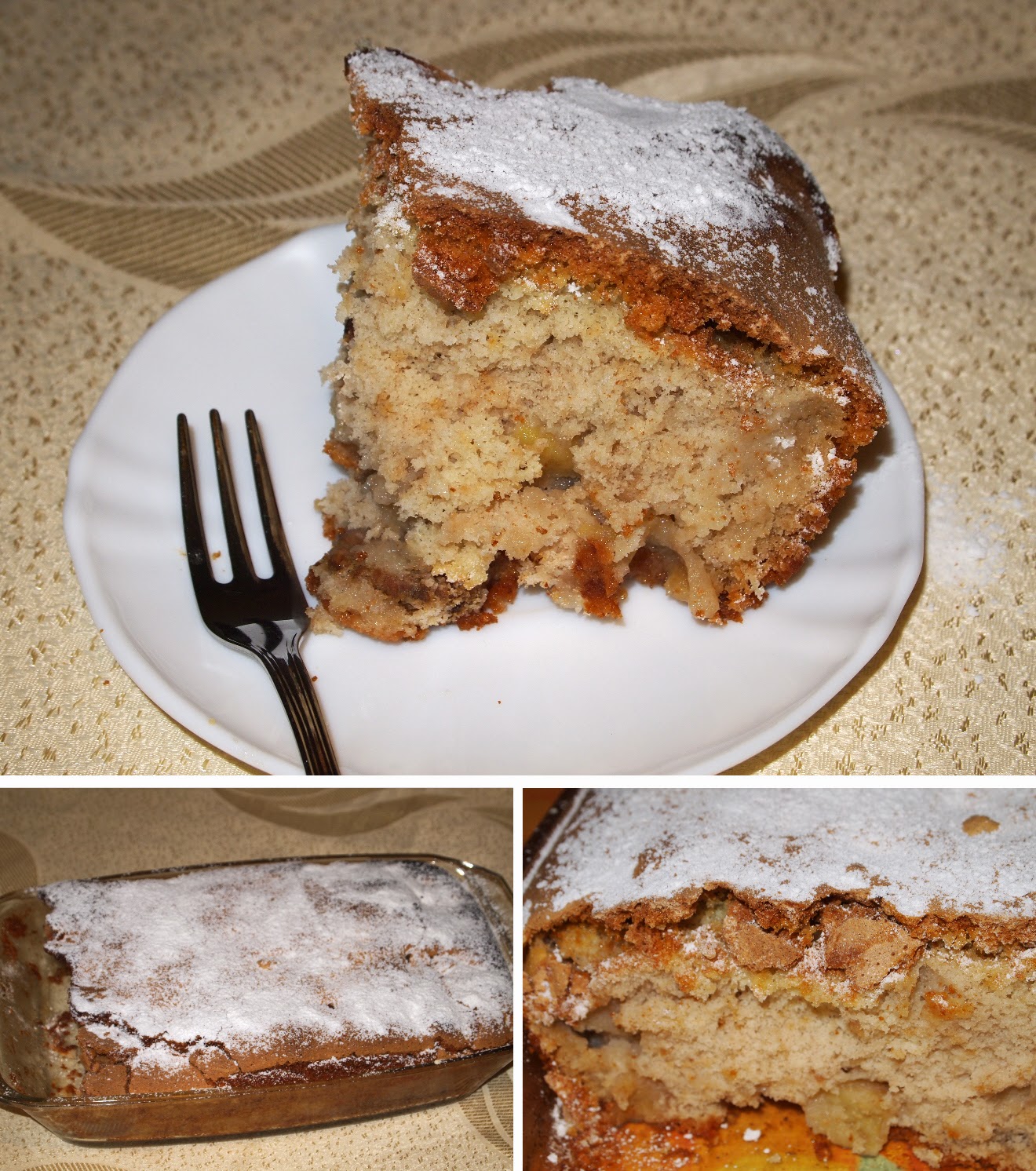 Posted by Carmela Biscuit at 10:33 PM