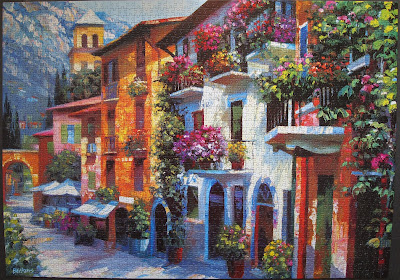 It's official - I've been bitten by the puzzle bug. Late in the afternoon of the 26th of March I opened the big Educa 2000 pcs box and started to assemble the huge picture. Man, 2000 pcs is not just two 1000 pcs puzzle - it's a whole new game. This time family members just watched me struggle with this giant, occasionally trying to find the place of a piece or two and then abandoning me to my quiet madness. And though I managed to finish it in only five days, it was a difficult battle, which I'm not willing to repeat any time soon. 1000 pcs. - 1500 pcs max is my golden average size - not too easy but doable.
This is actually my second 2000 pcs. puzzle - we opened one on last New year's eve and it took me almost a month to assemble it. Then I thought I'd never try anything that big, but you never know :) 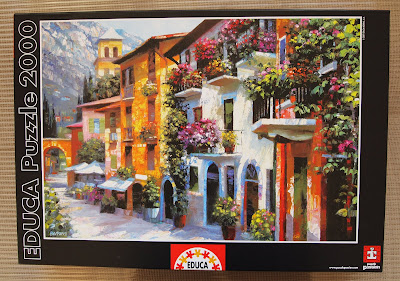 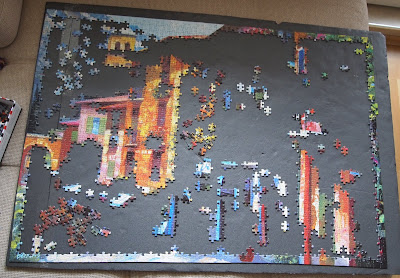 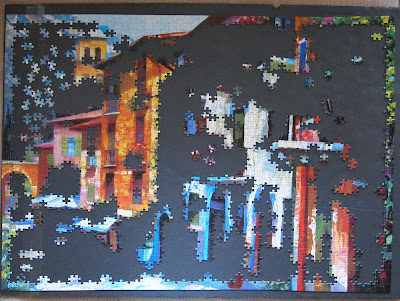 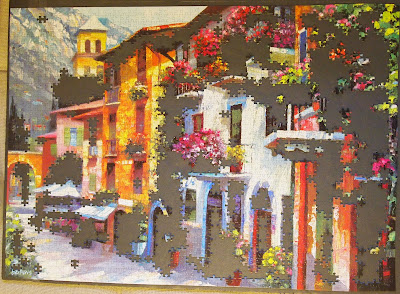 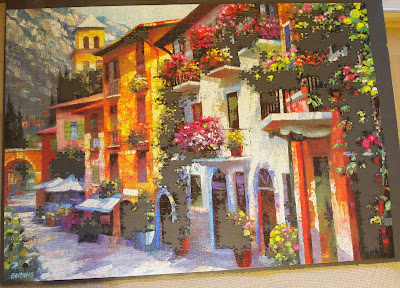 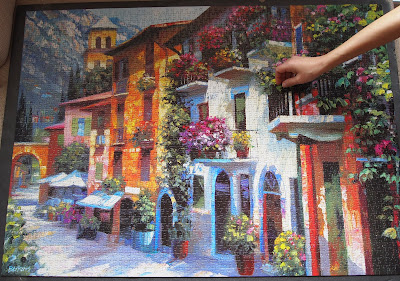 Yesterday we were just about to go out on a short trip and a picnic on the grass, when the sunny morning skies clouded and soon a heavy rain followed. So - we took out a long delayed pleasure - this absolutely delightful Educa 1000 pcs Puzzle, a present from my sister. Because of the bright colors and various inscriptions on the buildings the assembly of this jigsaw was pure joy. We just couldn't leave it for hours and believe me, I was shocked when we finished to realize that it was actually 01:00 - well past midnight.
I have another jigsaw from the same artist, but it's 2000 pcs. and will probably have to wait for another rainy day ... next year :) 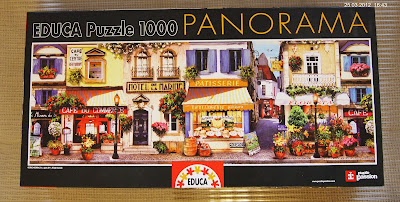 Posted by Carmela Biscuit at 9:18 AM No comments: 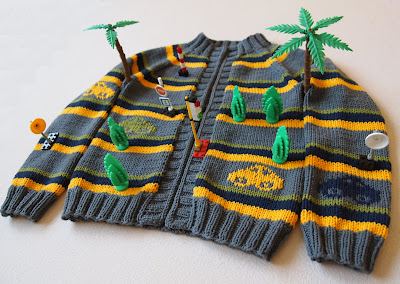 I knit this raglan cardigan for my nephew, who will turn 4 years in two weeks time and as most 4-year-old guys is crazy about cars of all makes and models. My inspiration for the stripes and the embroidery came from this vest I came upon on Ravelry. 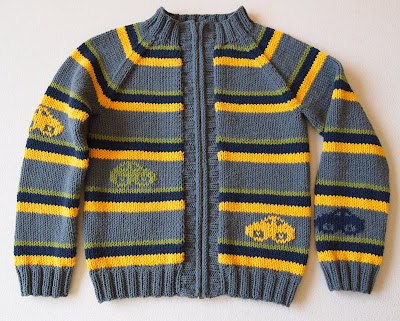 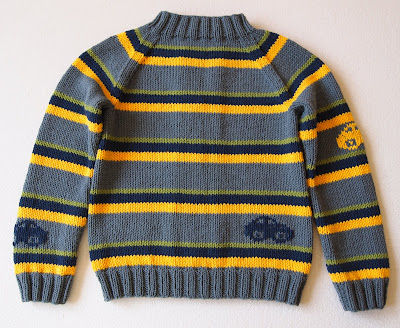 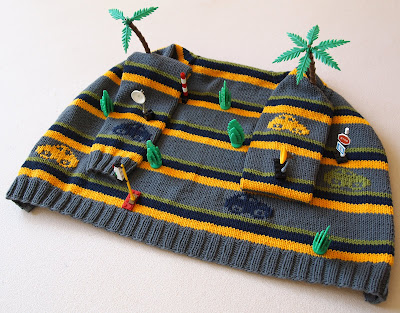 Health and happiness and plenty of creative moments to all of you women - mothers, sisters and daughters! 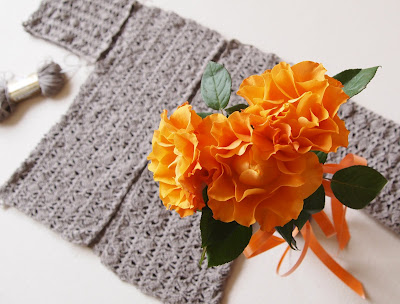 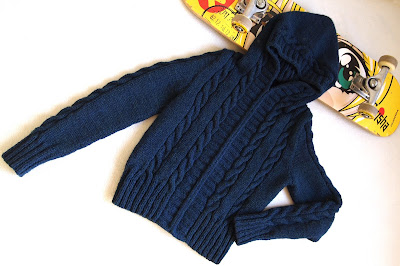 4430 people on Ravelry can't be wrong - this is a fabulous pattern that makes for a comfortable, warm and cool hoodie. I LOVE my CPH!
That said, I made quite a few modifications to fit my figure and liking - the hood, as described in a previous post, the sleeves (cast on 46 sts, but increased only 5 times), the fronts (made as exact halves of the back), the front bands with attached I-cord and hidden zipper. 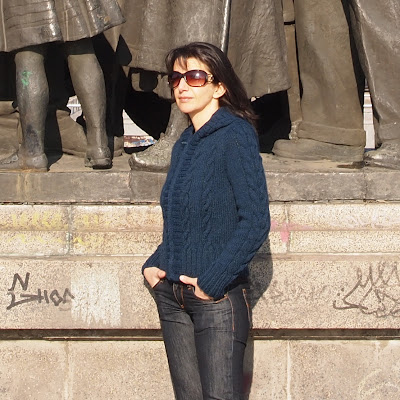 Pattern: Central Park Hoodie by Heather Lodinsky
Yarn: YarnArt Shetland 500 g
Needle: 3.5 mm, 4 mm
Time to knit: about a month with other small knits in between 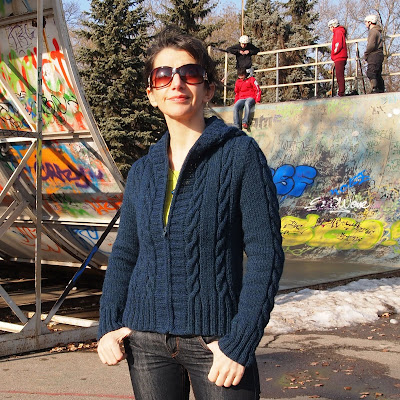 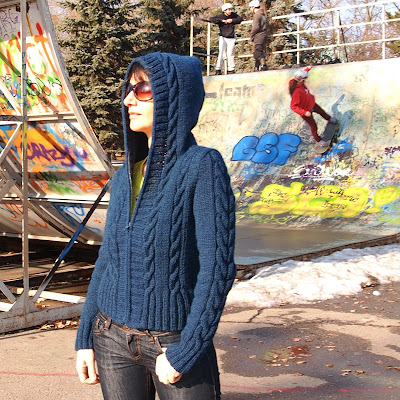 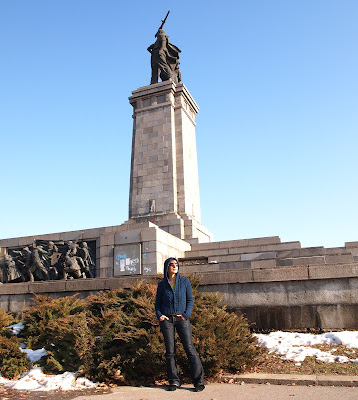 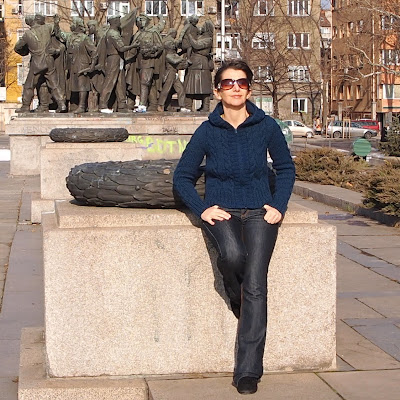 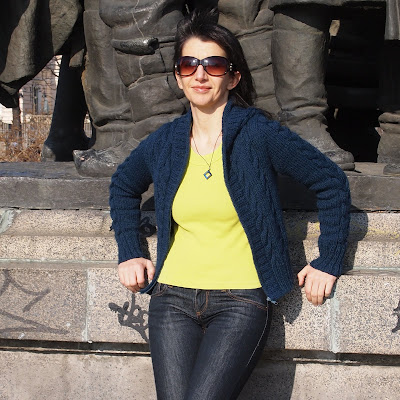 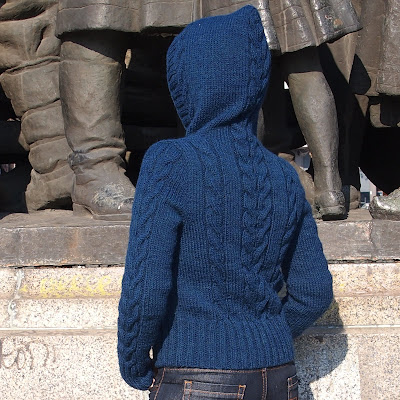