Right after I finished my denim jacket in January I planned another one for Gaby and it was only a question of finding the right fabric before I made it. Of course, the second time cutting it and sewing it was much easier and, having had the experience of wearing my jacket all spring, I made some changes to the pattern. 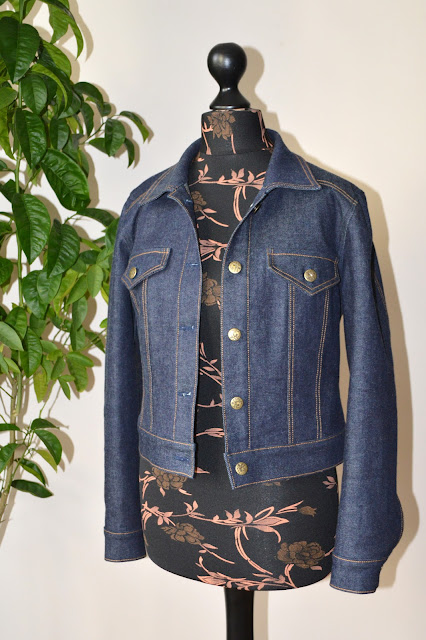 The jacket is cropped and I had cropped it further for myself, as I am short. It is perfectly fine for my height, but as Gaby is taller, I went back to the original size 18 length and added further 2 cm below the waist. I also returned to the original widths, as mine proved to be a  tad too narrow for wearing more voluminous tops underneath, so hers is the original size 18 width too. 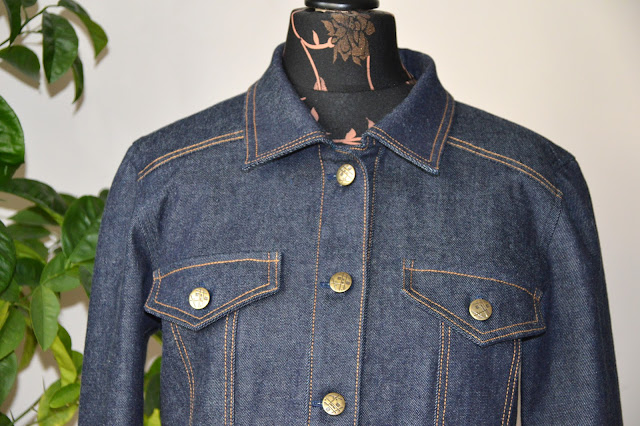 The pattern - Burda 109 from 02/2010, was on my Make Nine list, but I'm not sure if making it twice counts as two items from that list :) Anyway, it is a really well drafted tailored short denim jacket and i still would recommend it to anyone in the market for such a jacket. 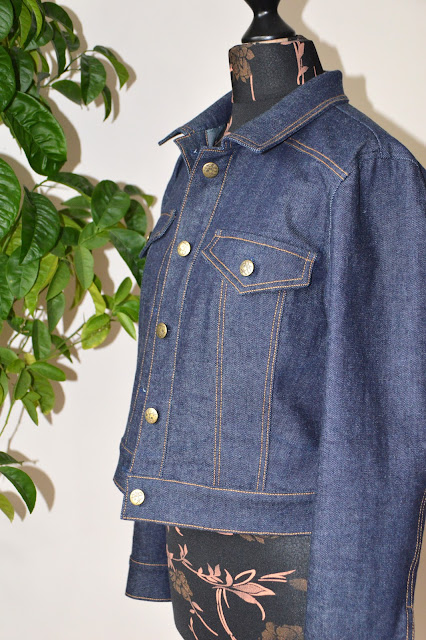 Another slight difference from my own version of the pattern, is that this time I used  denim with elastane, which I hope would add to the comfort value of the jacket; and, on quite a different note, I experimented with the decorative stitching. I had read, that one could use regular thread for decorative denim stitching, but threading it double from two bobbins into the same needle. Well, it works and was actually easier to sew that the thick cotton thread, sold for this specific aim - while my machine struggled with the tension of the thick thread, it took quite nicely the thinner thread, coming from two bobbins. And apart from better looking seams, this opens the possibility for cheaper and easier accessible decorative seams in numerous colors. 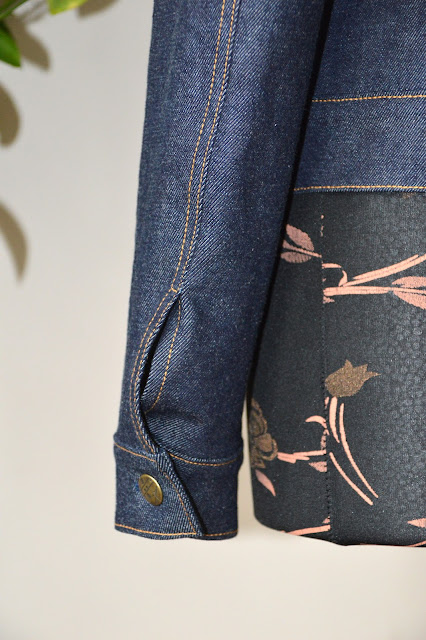 I heard from Gaby last night and she told me that the jacket fitted her beautifully and she already wore it to Uni together with a couple of her new blouses. 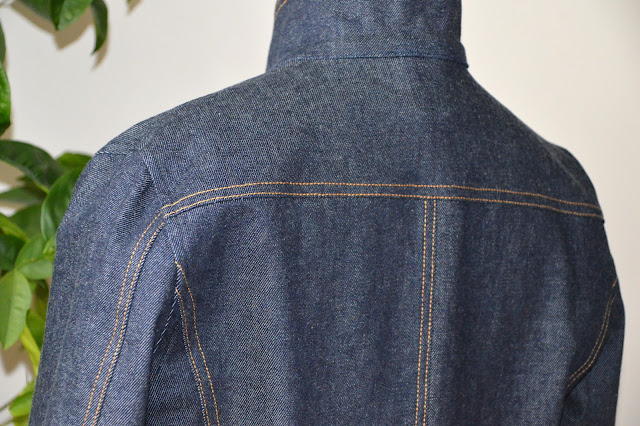 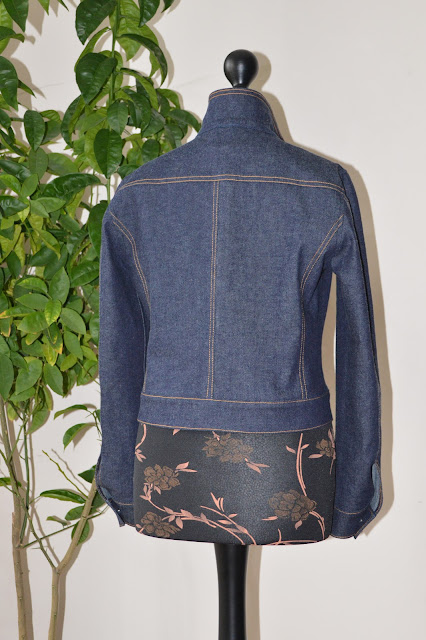 Posted by Carmela Biscuit at 6:38 PM