This is the second pattern from Burda 06/2021 I won recently. It is dress # 108 with a square neckline - a feature, that is very much on trend this summer. I still haven't decided if I want to sew it as it is shown in the magazine in the form of a dress, as sheath dresses are not exactly my type of dresses, but I think the pattern makes a very nice and interesting blouse. 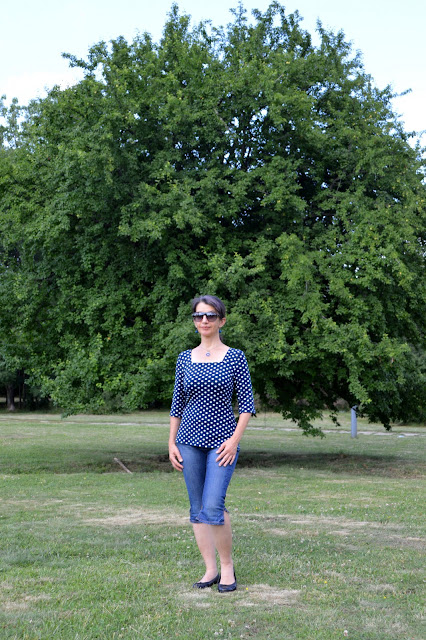 The fabric - viscose knit with elastane, had been in my stash for almost a year now. It was an interesting print, with polka dots in the central half and stripes on the sides. I wracked my brains over it, browsed for ideas and what not and still couldn't decide how to use the mixed print. In the end I decided to separate the prints and to make a blouse out of the central polka dot part and probably a sleeveless top out of the two striped remnants. The polka dot blouse is now a fact and I'm still figuring out what to make out of the two long narrow striped pieces; we'll see. 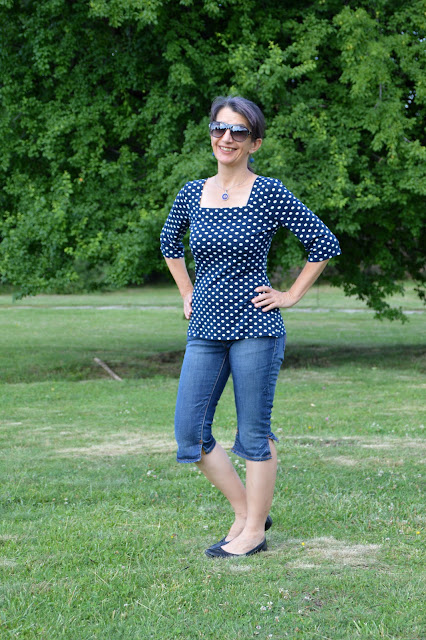 I cut the blouse out of the dress pattern in size 36, slightly grading at the hips to 38, as I wanted some ease there over jeans and skirts. The sleeves in the pattern are plain straight short sleeves, but at the last minute I decided to elongate them up to under the elbows. 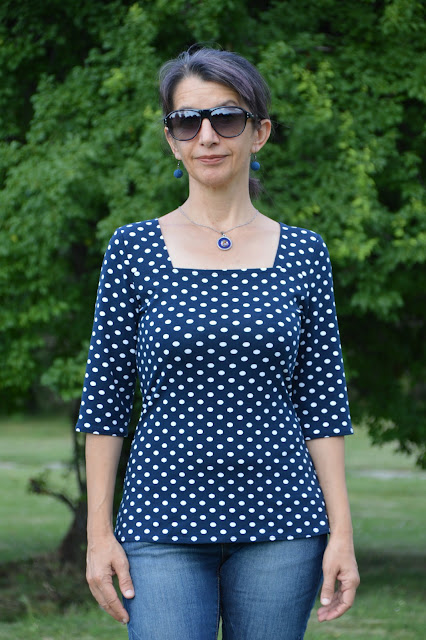 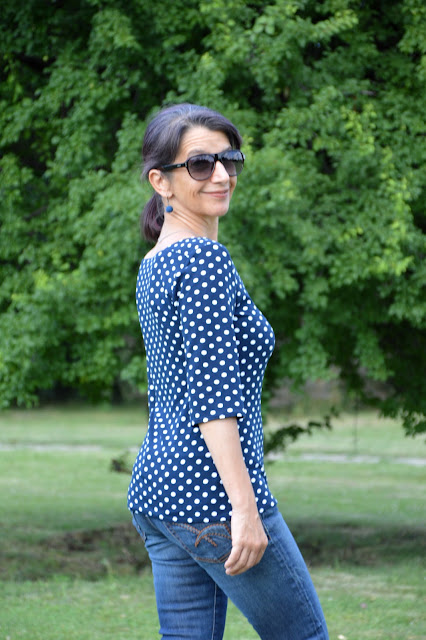 The most interesting feature of this pattern, which I'm definitely going to use again - the square neckline, which is formed by two folded straps and the self-facing of the top end of the front and the back. Because my fabric is not very stable, I added stitching with a double needle to fix the fold of the self-facing and the straps. 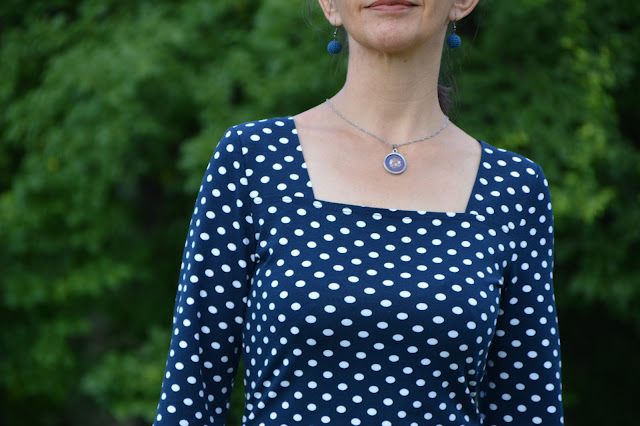 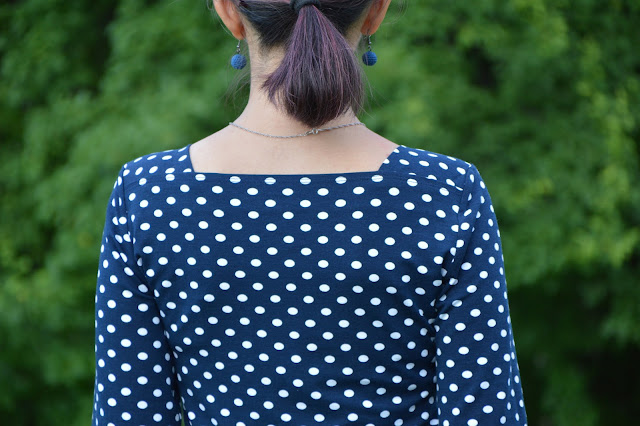 The hems of the sleeves and the blouse are finished on the overlocker and then with a narrow 1 cm fold stitched with a double needle. 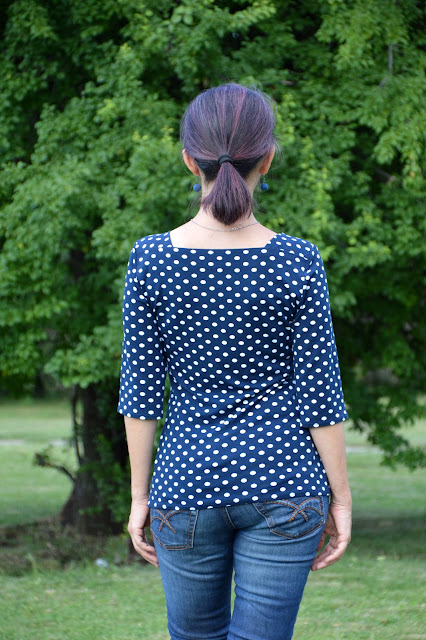 Posted by Carmela Biscuit at 9:43 PM