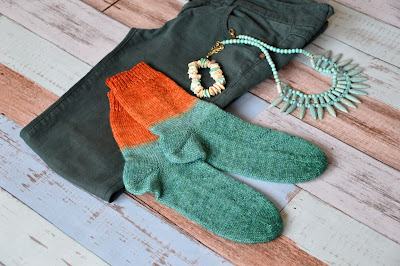 Finally finished my second pair of socks, made out of hand-made sock blanks I dyed last month. For this sock blank I had folded the yarn four times - twice for two symmetrical socks and then once more for a symmetrical distribution of the gradient in the sock - that is the sock was supposed to start with dark teal, go through rust and finish back with teal. 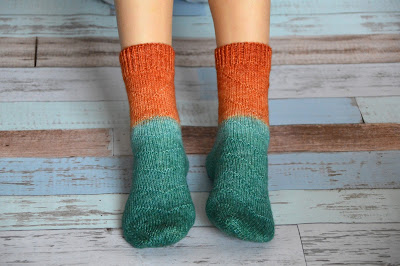 However I was not convinced that this was actually a good idea, worried that the rust in between would look like a bandage around the ankles, so I decided to alternate the two ends of each half ball and thus knit up first the teal and then the rust. But the alternating of the two strands every row was such a pain, so it took me almost a month to finish these. Was it worth it - definitely no! Next time, if I ever decide to do sock blanks again, and I might, I'll have a better plan for the dyeing and hopefully less trouble with the knitting. 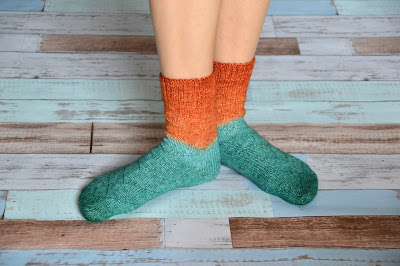 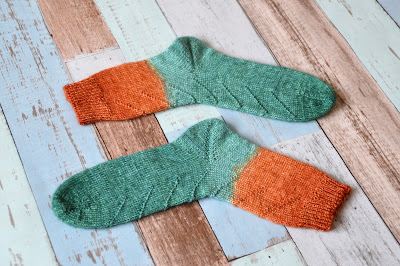 I like the speckled effect sock blanks give to the yarn and in the end I like the final result and the slight patterning. The gradient is a bit disappointing, but it's only socks :) 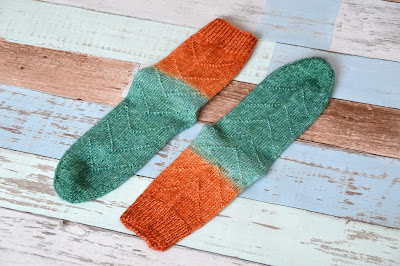 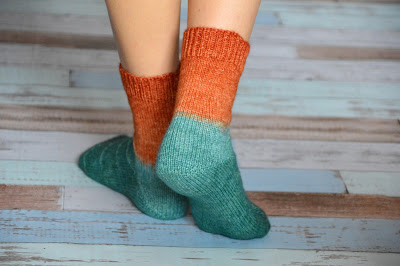 Posted by Carmela Biscuit at 1:36 PM