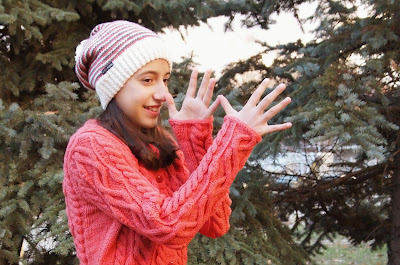 Yesterday I took the opportunity while shooting the cardigan to take a few pictures of the new hat I made for one of Gaby's friends. The three-colored hat is an idea I've been playing with in my mind for some time and it finally got realized. 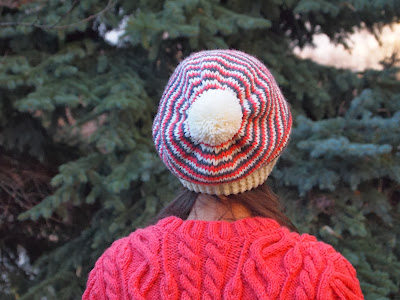 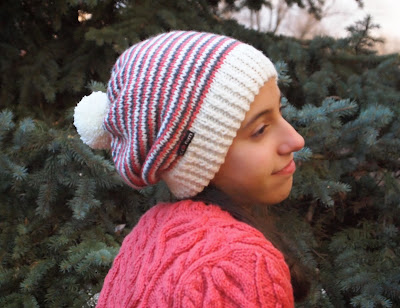 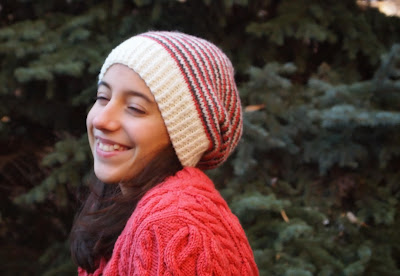 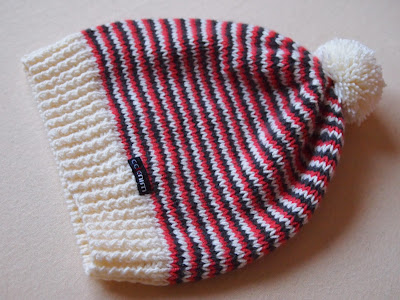 The idea of the hat is that the three colors run in parallel spirals and there's no jogging of the stripes. The difference between regular striped knitting and this spiral knitting is, that in fact you knit not in rounds, but three parallel spirals.

The hat from the inside - no crossing threads, no jogging stripes:

This is the beginning of the three-row spiral. Cast on 90 sts and knit 1x1 rib for 15 rounds. Then knit one round of the rib color. Knit one round of the second color. Knit one round of the third color. Continue the next round with the first color, always observing the sequence of the colors. At the end finish all the three rounds at the same place. For the crown shaping I decided to make the decreases in the grey rows - a total of nine evenly distributed decreases per row, repeated eight times (start with 90 sts and finish with 18 sts). No decreases in the white and coral rows. I added a white pompom for splendor  - my first hand-made pompom! I also added a small label to cover the beginning of the spirals, which in my view, is the only weak spot of the pattern, as the new colors spring from nothing. A matching badge or a brooch could also do the trick and add some interest to the hat. 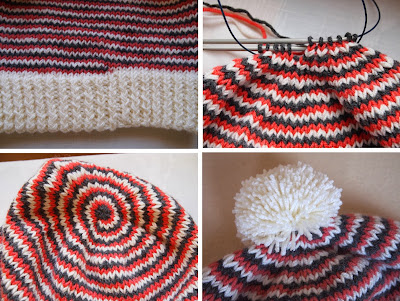 All in all, I'm very happy with this project, the recipient liked it and wore it today to school (according to the reports I got :). With the relevant choice of colors and a corresponding badge I think this pattern could make a nice patriotic or sports club fan hat too. 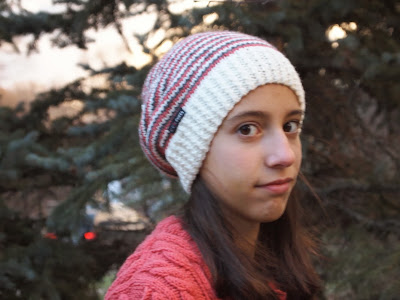 Posted by Carmela Biscuit at 11:07 PM