Pictures from our walk in Razgrad, a town in North-Eastern Bulgaria, yesterday. Razgrad is a small, but very beautiful and quiet town, with well kept public places and lots of flowers and fountains:

: Glimpse of one of the symbols of the town,  hotel Razgrad, which now seems to be called Cartoon (?) 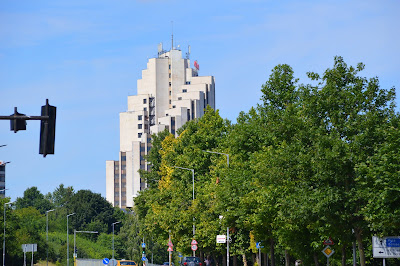 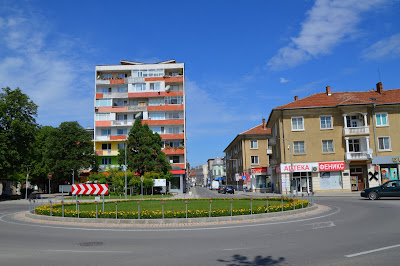 : Along the main street 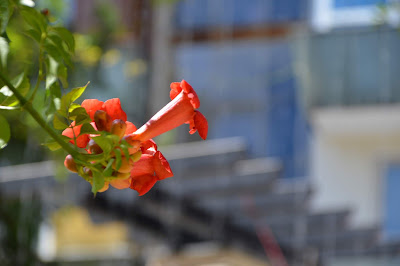 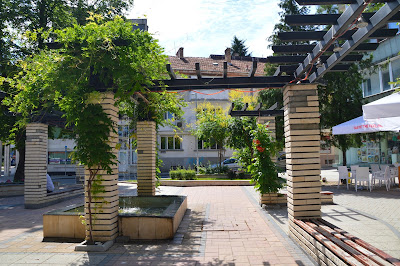 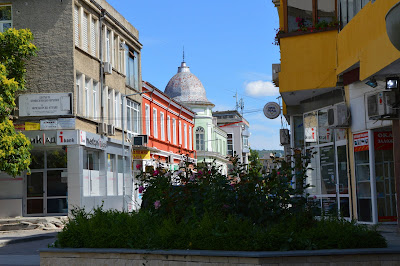 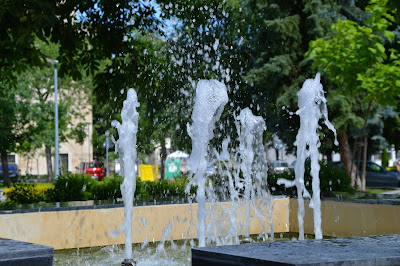 : The central square. There is a long flight of stairs, which leads to the hotel 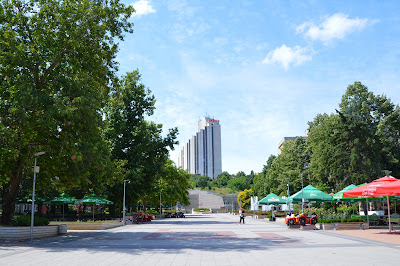 : Statue on top of a public drinking fountain 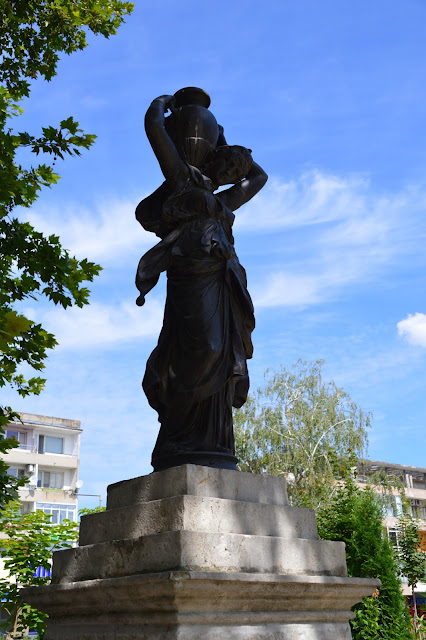 :A balcony with flowers 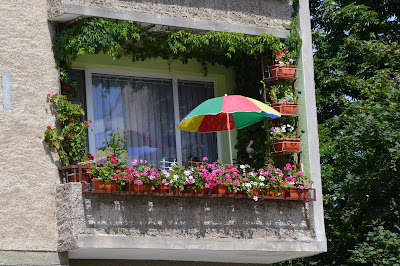 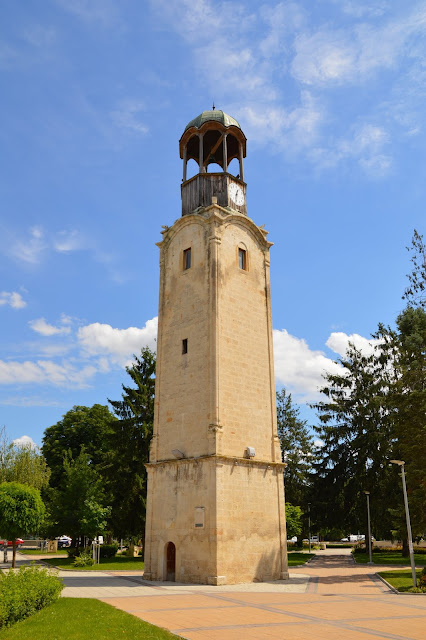 : The park in the city center 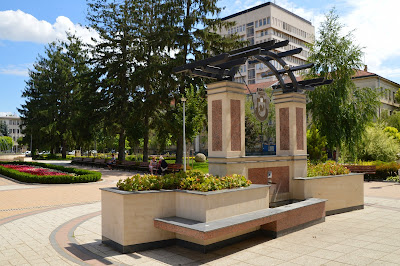 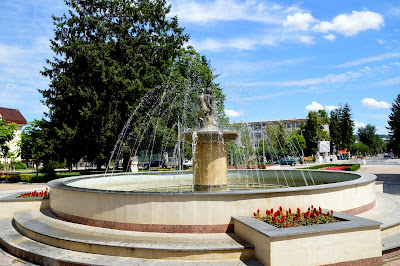 : The local river Beli Lom, which run through the entire town 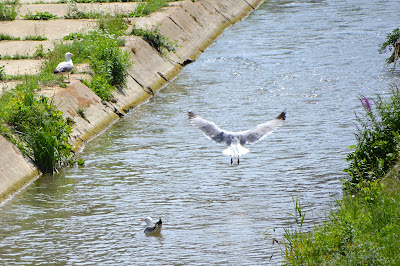 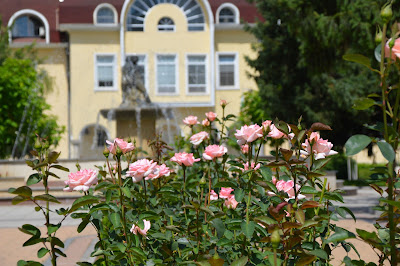 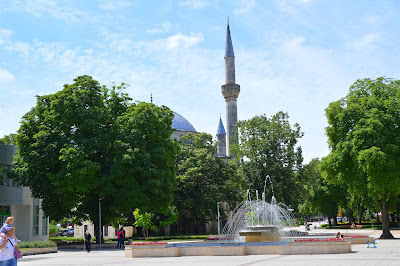 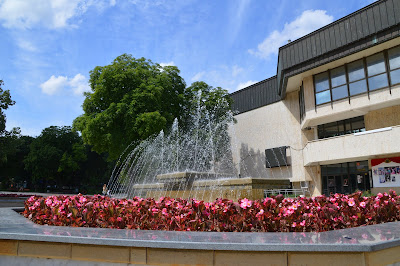 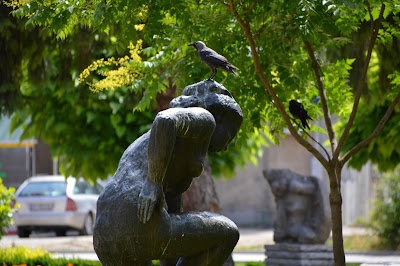 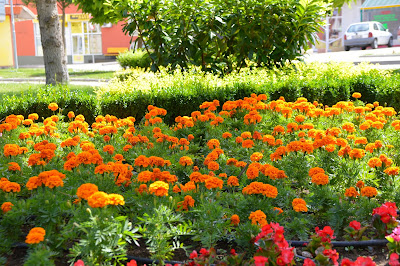 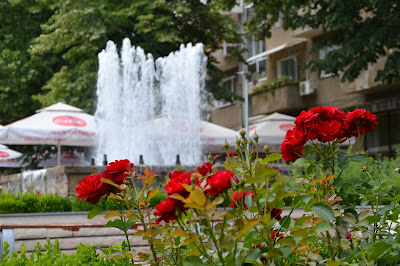 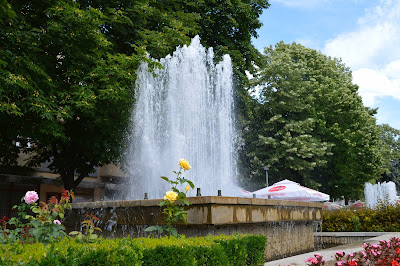 : A view from the stairs to the hotel 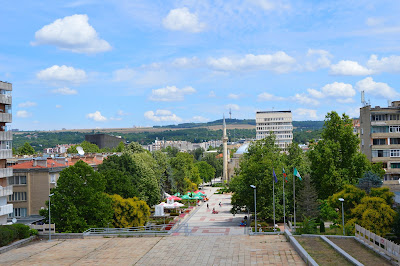 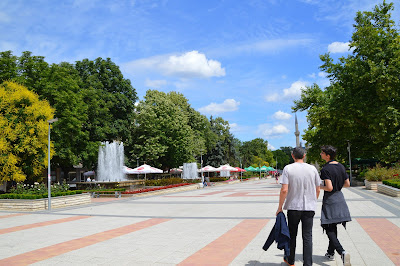 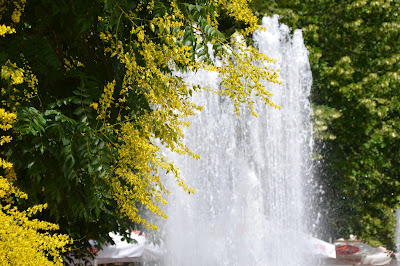 : Ibrahim Pasha Mosque and the statue of master builder Manol
The mosque was built during the Ottoman rule of Bulgaria. It is the third in size mosque on the Balkans and is now a UNESCO listed cultural monument. Commissioned by the local ruler Ibrahim Pasha, it was built in the early 17th century by Bulgarian masons from the near-by villages. According to the legend, the ruler ordered the builders locked and killed, so that nobody would be able to replicate his mosque. To escape prison, the builders made wooden wings and flew over the prison walls to the Balkan mountain, but their hatchets (or hand saws) cut through the ropes of the wings and they fell down and died. 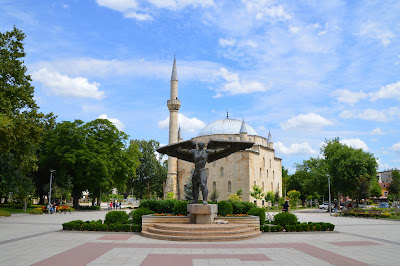 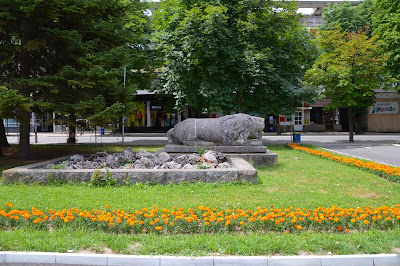 : Back to Sofia - this part of the country is gorgeous right now, with its endless fields colored with various crops 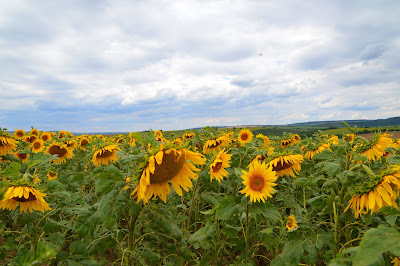 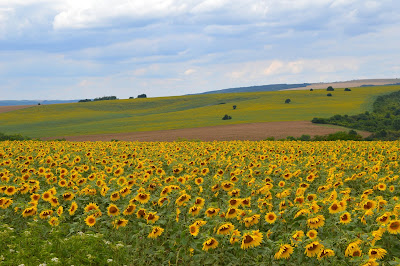 Posted by Carmela Biscuit at 4:38 PM