Knyazhevo is a residential area within the boundaries of Sofia and therefore a popular outset for hiking in Vitosha. Yesterday there were only three of us - Gaby was (and is still as of now) in Shumen, taking part in a mathematical competition (she won first place with her team in the team competition for 8th graders, yey! :). Thus we decided to hike along a route which she already had climbed with her classmates last autumn, so she wouldn't miss much.
Knyazhevo - Golden Bridges is a two and a half hours of fast climbing (700 m denivelation) over well marked paths through beautiful forests and alongside mountain streams. I still like the track to the Golden Bridges from Vladaya better, because the route from Knyazhevo was more tiring (or maybe it's the post-winter-out-of-form syndrome :), but the fresh air and springtime mountain views were totally worth it! A total of approx. five and a half hours hike with an hour rest and picnic at the Golden Bridges. 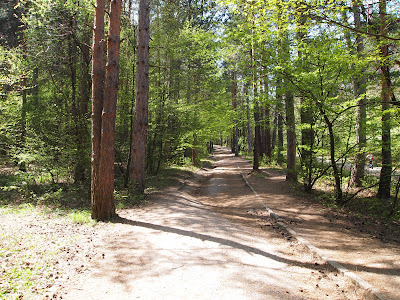 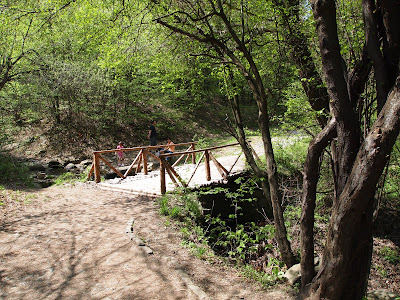 A view at the Sofia Plateau 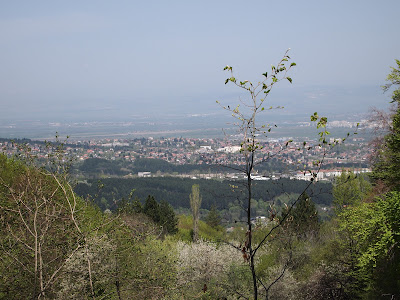 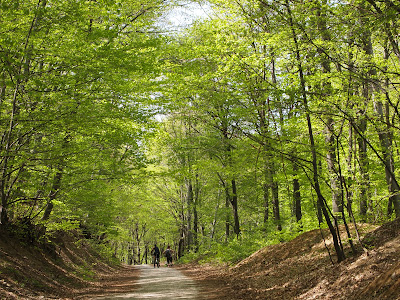 The trunk of this tree has formed a natural basket with flowers: 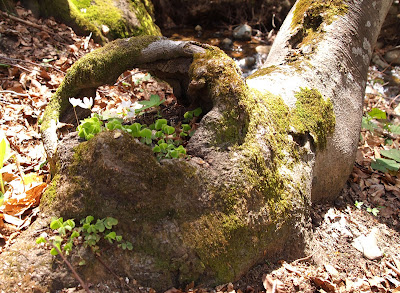 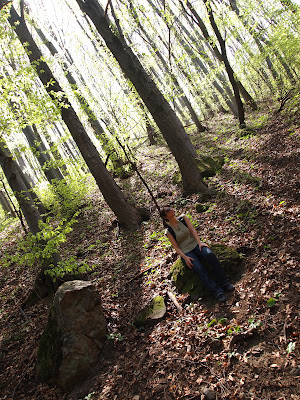 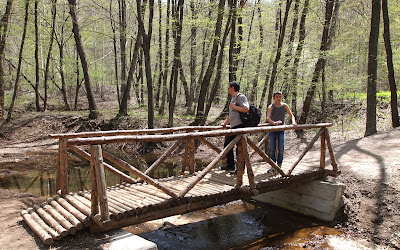 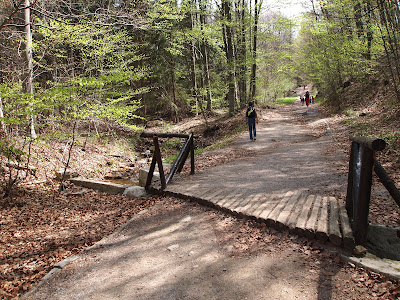 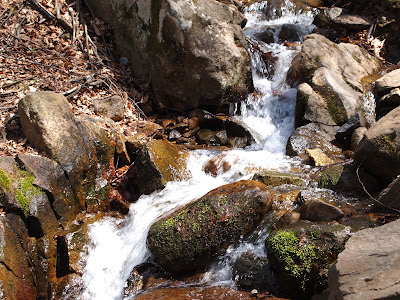 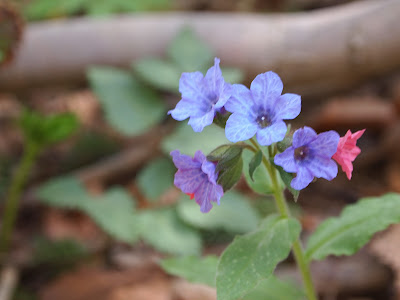 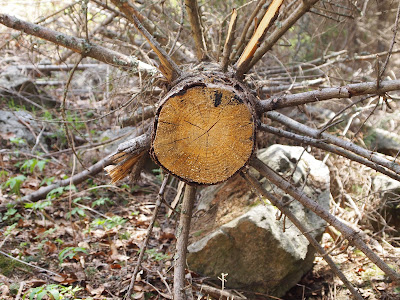 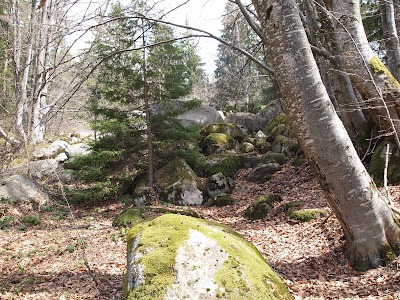 A rock clam or maybe macaroon :) 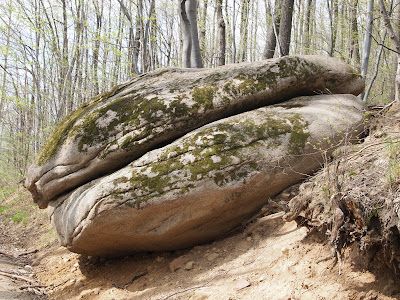 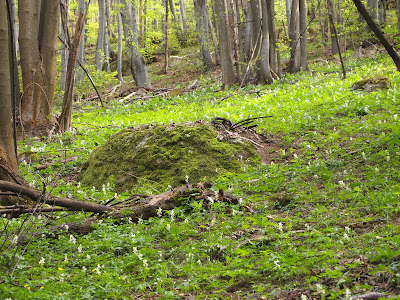 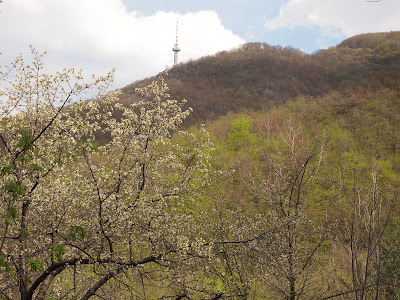 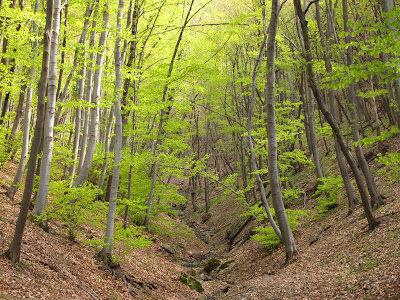 Posted by Carmela Biscuit at 10:53 AM