The last day of our trip we spent in Bratislava - the capital of Slovakia. Vienna and Bratislava are probably the closest capital cities in the world - only 65 km apart, less than an hour trip by bus. After the luster of Vienna, Bratislava initially struck me as the poor relative - the parks are smaller and less well kept, the buildings are not so grand and spectacular. However, it gradually grew on me and we had a very pleasant walk around the old town and the medieval castle. Definitely worth a day's visit.

: The garden of the  Presidency 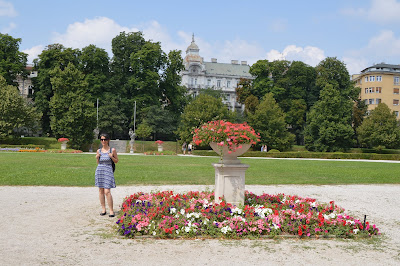 : The Presidency with the globe shaped fountain 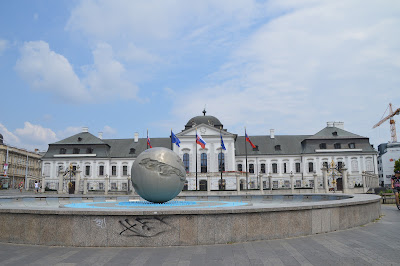 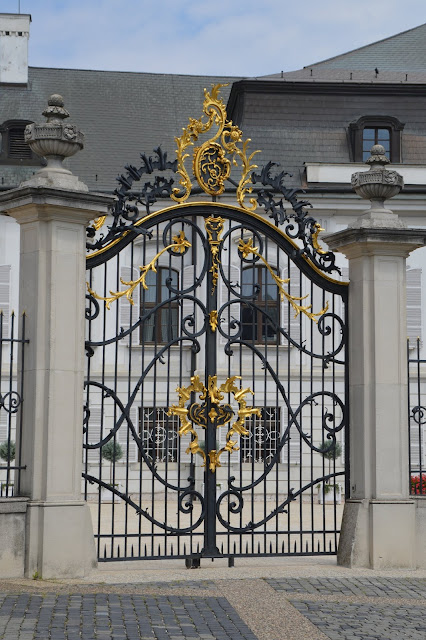 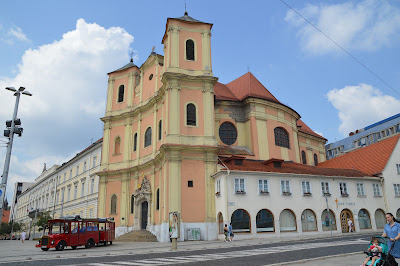 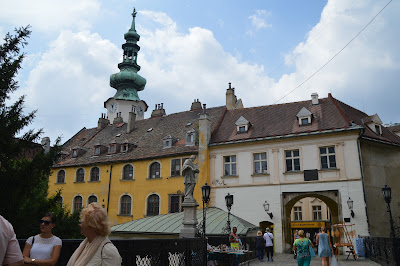 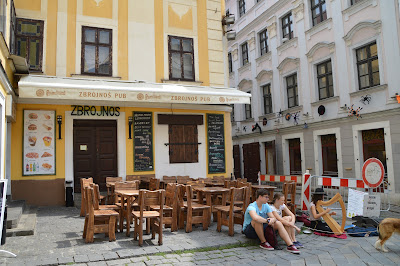 : The view from the Michael's Tower 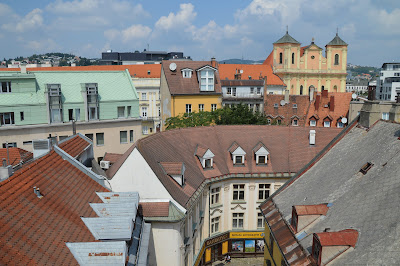 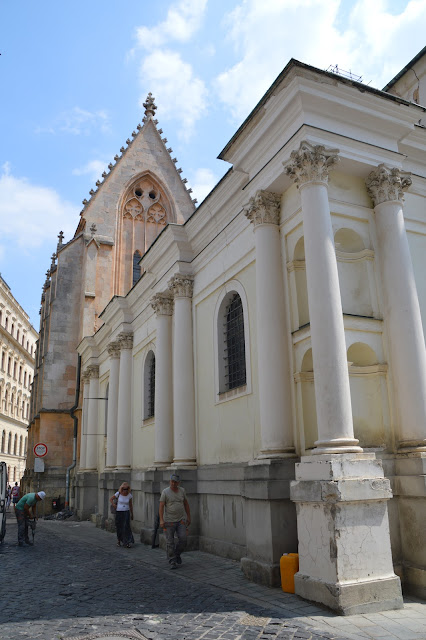 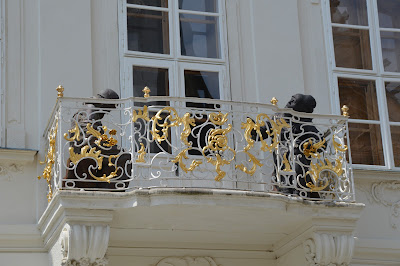 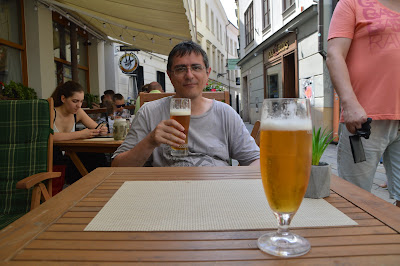 : A famous statue - the Watcher 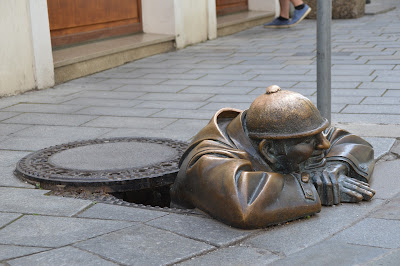 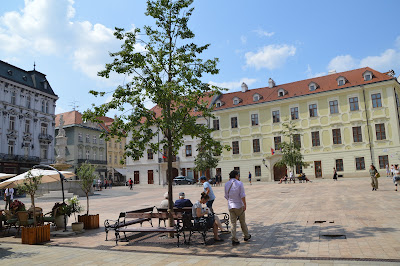 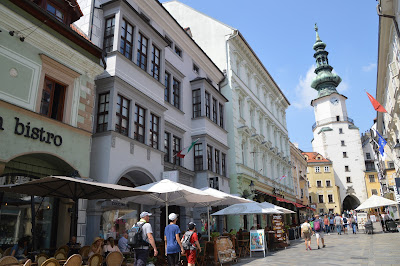 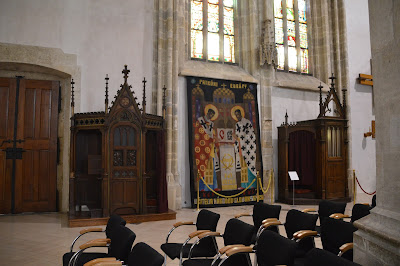 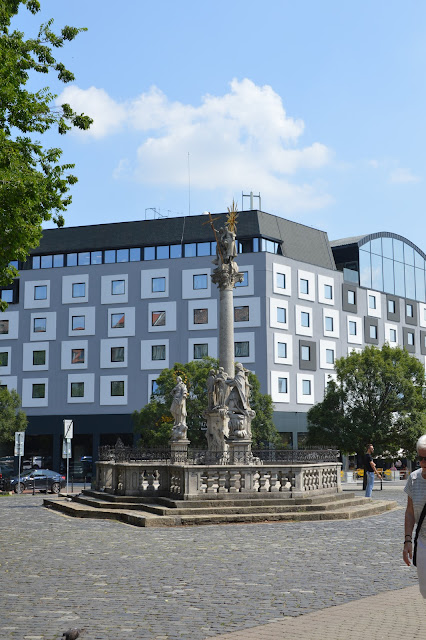 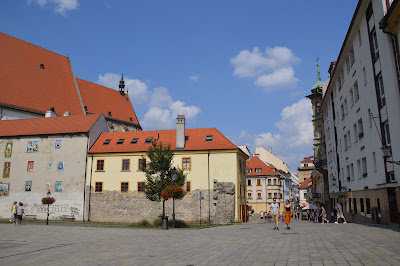 : In the gardens of the Castle 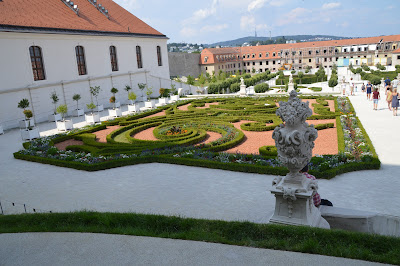 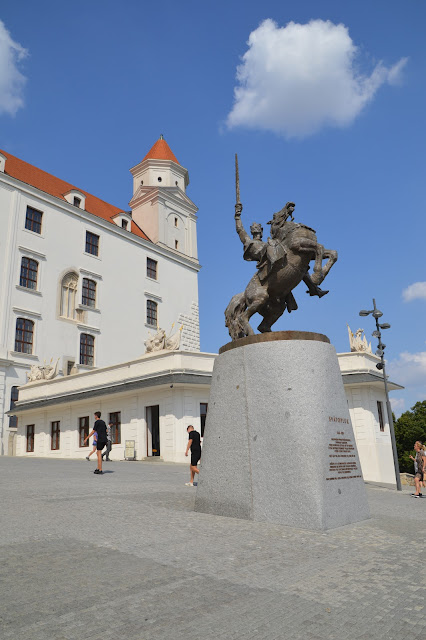 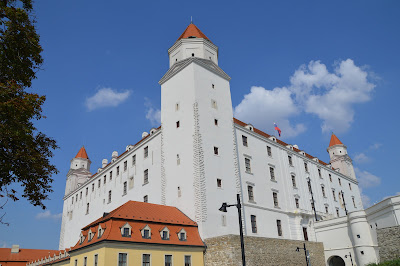 : The bridges over Danube. I was born in a town on the river Danube in Bulgaria and I always feel a deep connection to this river. 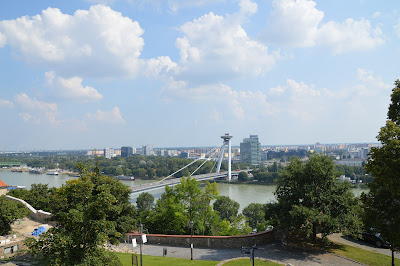 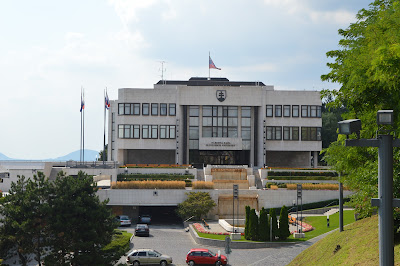 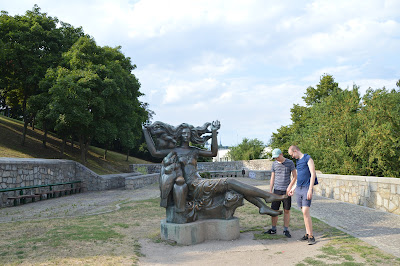 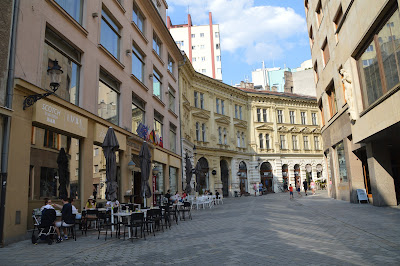 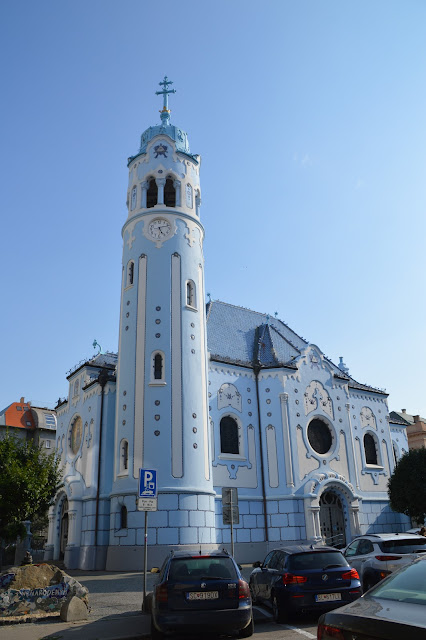 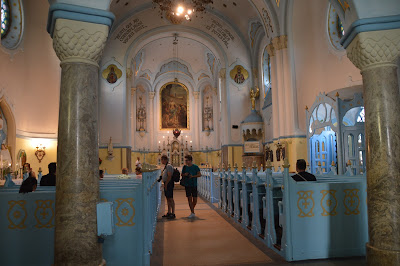 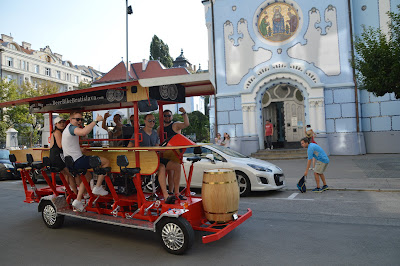 Posted by Carmela Biscuit at 8:17 PM