This Sunday the stars aligned perfectly for us - it was the weekend, the weather was sunny and warm and the snow on Tumba was fresh and crisp, what else could we ask for :)

Frightened by the previous days of cold and plentiful snowfall, there were few cars along the roads and no hikers on Tumba. However, half a dozen off roaders had traversed the paths and it was fairly easy to climb the peak. 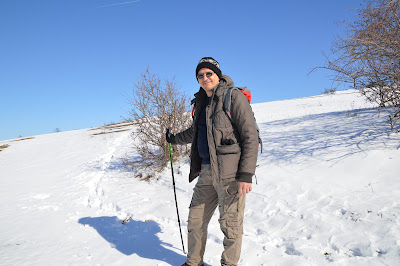 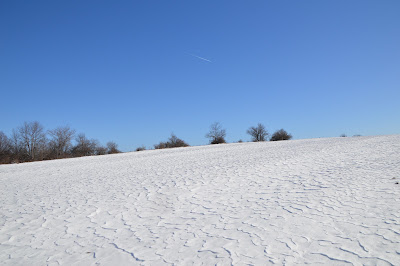 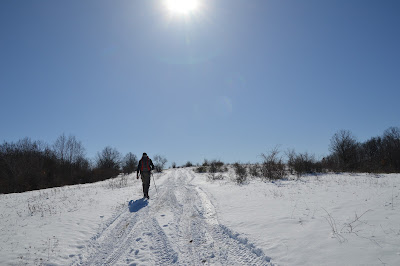 It was so sunny and warm, that we soon took off our jackets, hats and gloves. 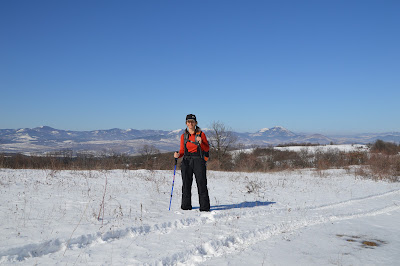 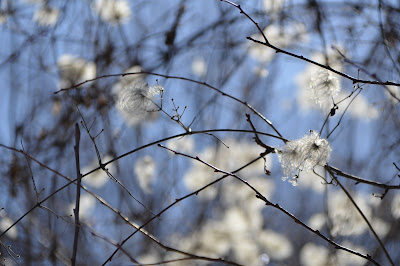 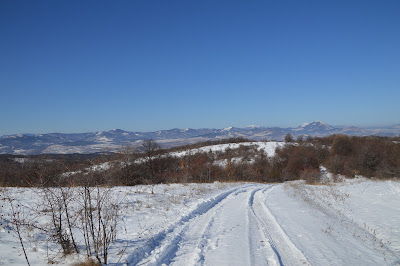 The sun makes everything so much more beautiful! 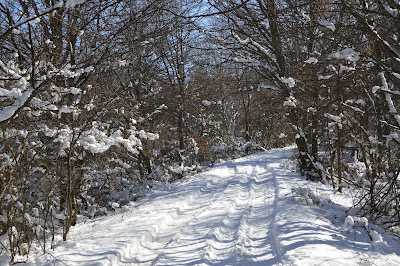 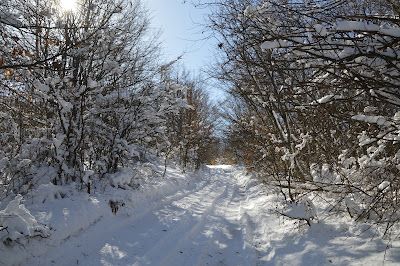 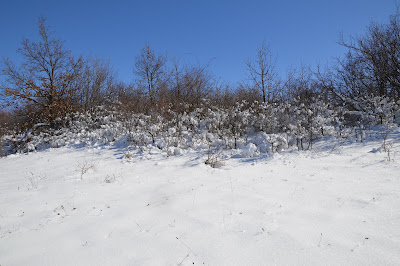 And here's the peak with a brand new sign on. 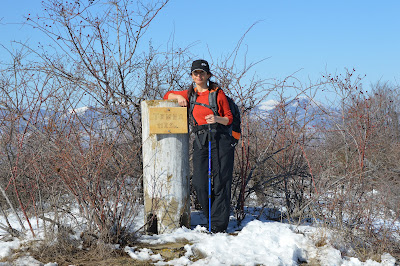 A fine thin mist was covering the valleys between the mountains. 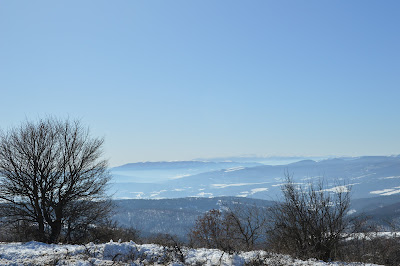 Though Tumba is relatively low, it is a very panoramic peak with a view to a dozen mountains around. 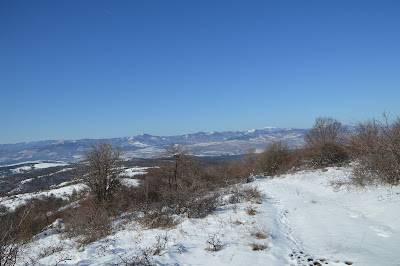 The snow is such an interesting media for the traces of the local animals - there were plenty of rabbit and fox tracks. 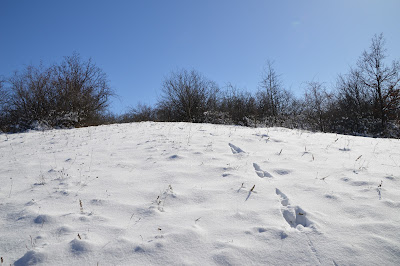 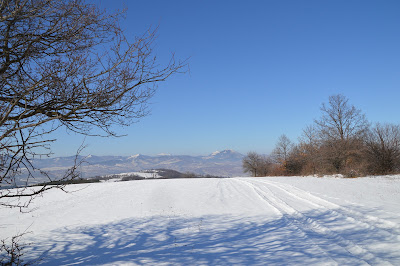 After the hike we went for a walk around the Giginski Monastery. 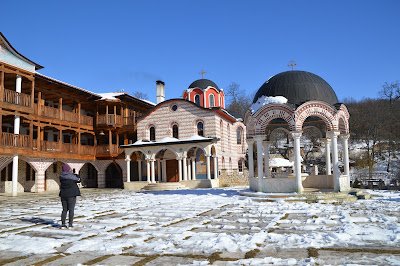 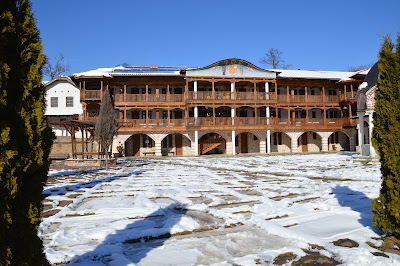