Yesterday we drove to Pernik for the 25th International Festival of Masquerade Games. We arrived in the miners' town early in the morning and after taking a wrong turn and driving in circle for a couple of miles finally found the way to the medieval fortress, built on top of the rocky plateau above the town. The fortress was of major significance for the defense of Sofia (then Sredetz) from attacks by the Byzantine empire and during the march of the crusaders of the Third Crusade through these lands. The fortress was later destroyed and is now under excavation. The forecast promised a sunny day and temperatures up to 10C, but early in the morning the plateau was cold and covered in mist and we were the only visitors. It was so cool, to have the entire fortress to ourselves! The mist gave it a spooky, mysterious and somewhat fairy-tale feel.
I had read some negative comments on the way the fortress was reconstructed and was prepared for disappointment, but the place surpassed every expectation - it is abundant with information boards, there are platforms and a tower for views above the ground, broad visitors' paths, cleared from the snow, benches for rest. We loved it and are definitely coming back in the summer! 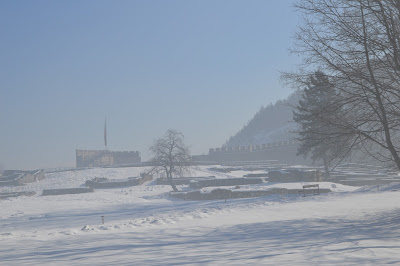 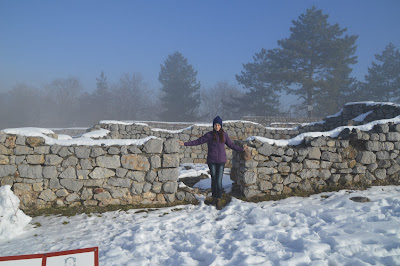 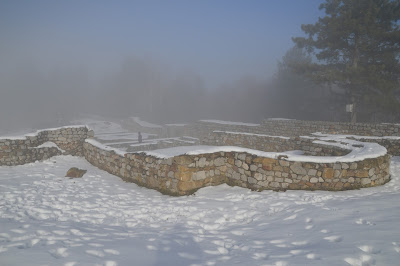 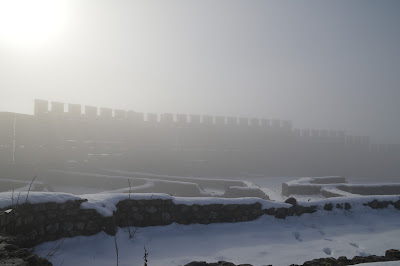 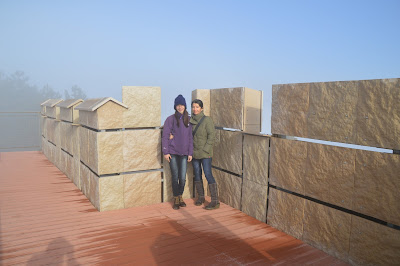 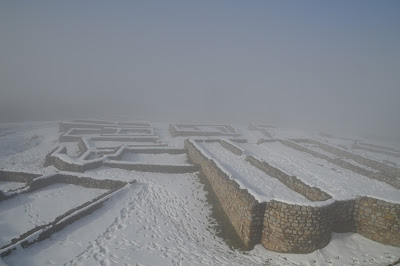 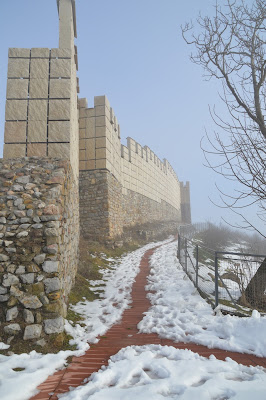 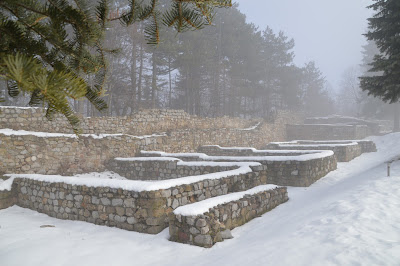 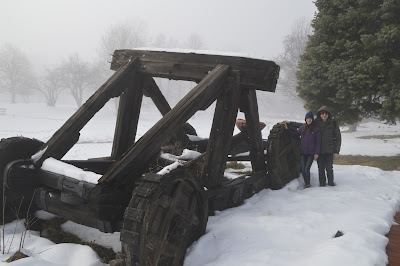 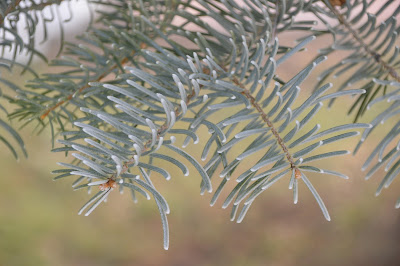 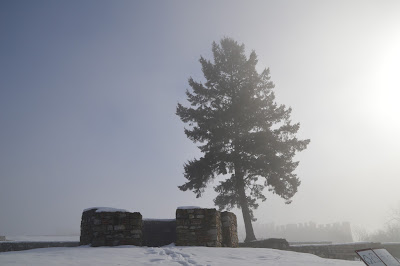 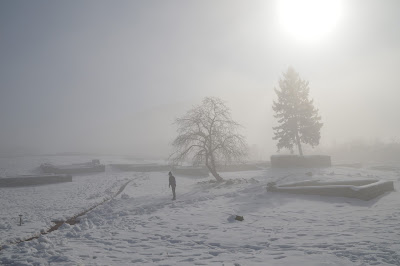 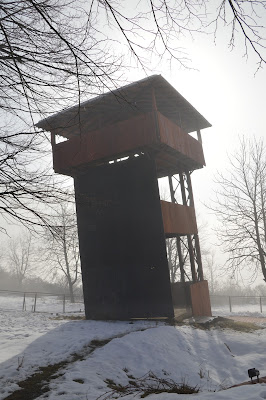 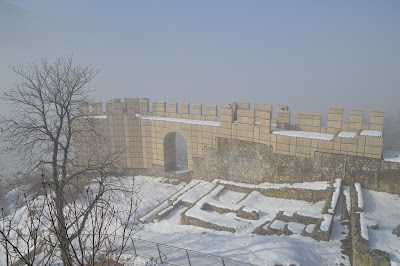 Posted by Carmela Biscuit at 6:45 PM