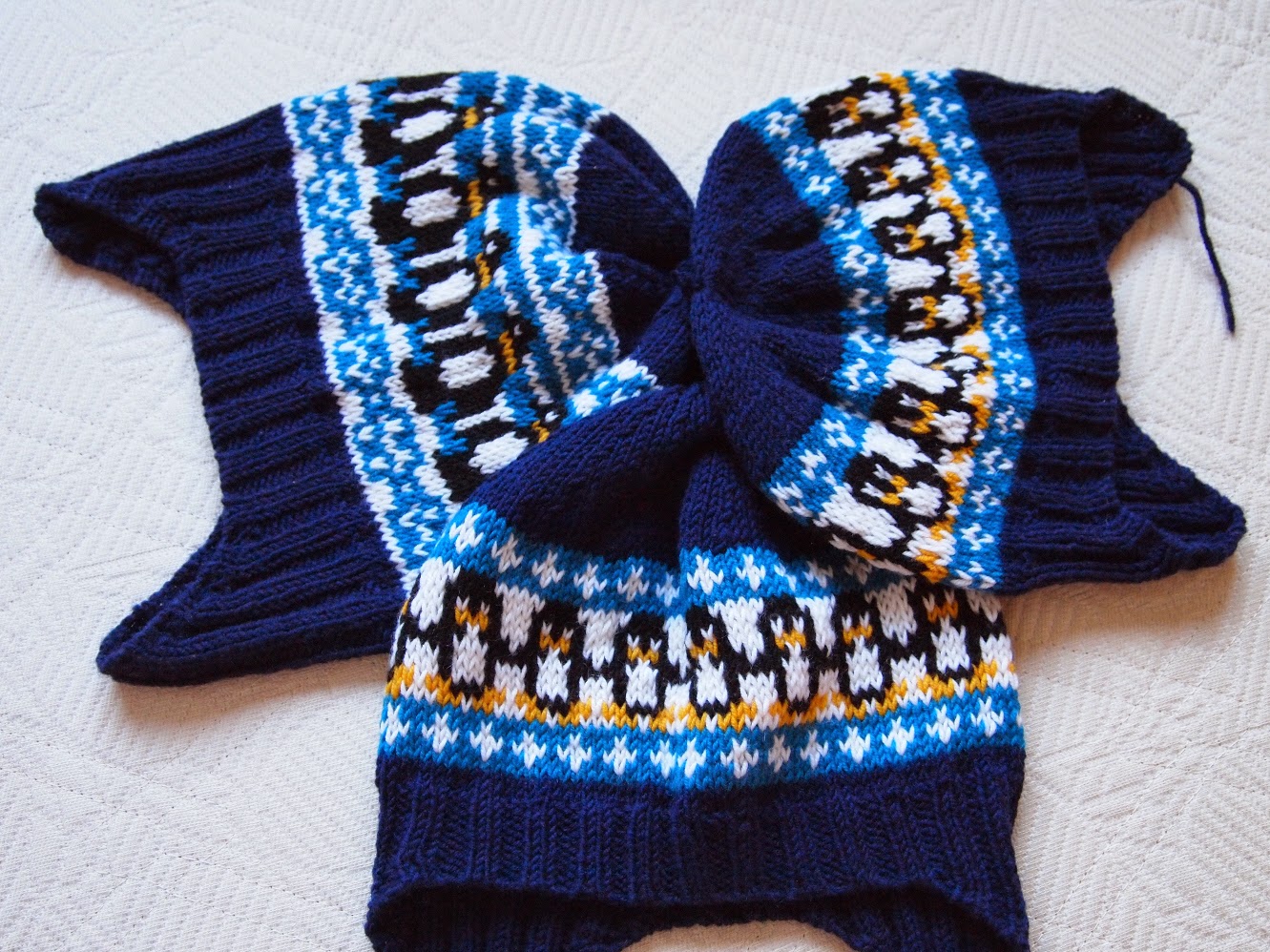 Let's face it - I've been a bit obsessed with penguin hats :)))
It all started with an idea to make an ear-flap hat, using short rows.And I also wanted it to have some stranded knitting for fun. So I made this hat for my nephew - it still needs a pompom, some embellishments and maybe a fleece lining. 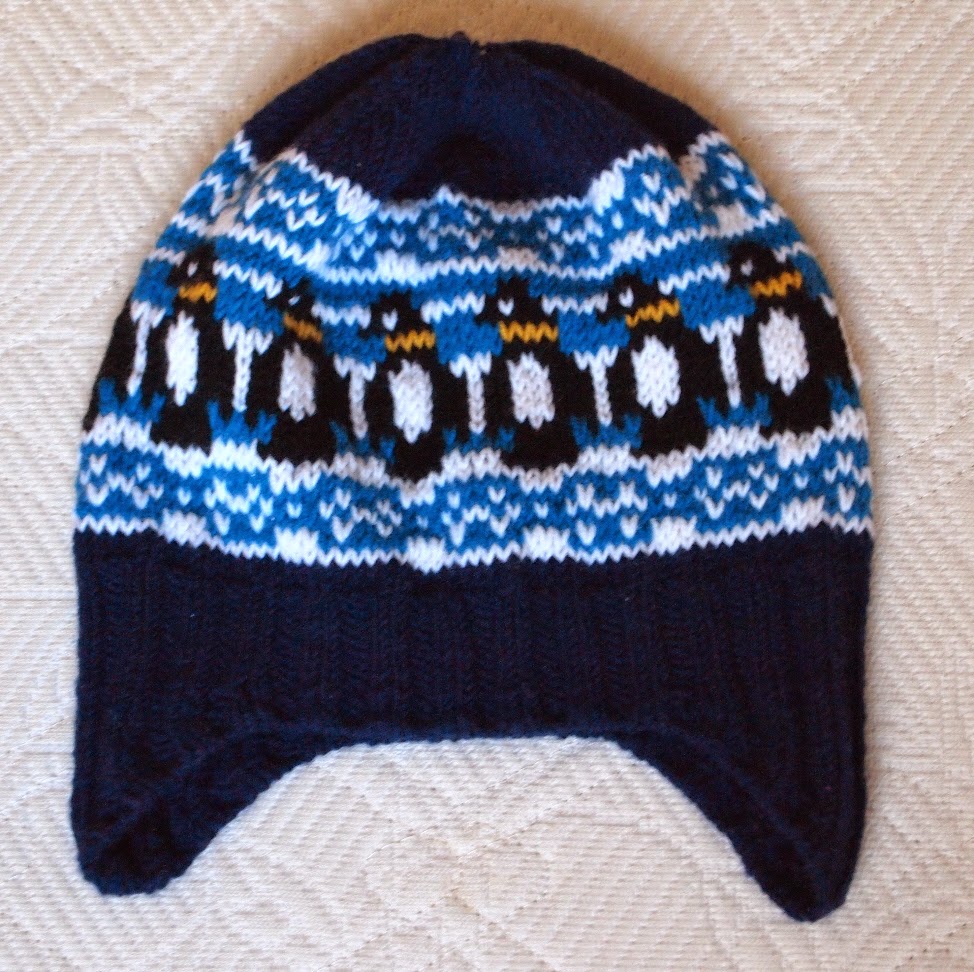 Then Gaby said she wanted a penguin hat too, but with this penguin chart. However, the chart is quite big - 20 rows for a penguin, so I remolded it to two versions - a 8 sts repeat of 10 row penguin (which Gaby chose) and a 12 sts repeat of 12 row penguin. I've posted the charts for anyone who might want to knit penguins. 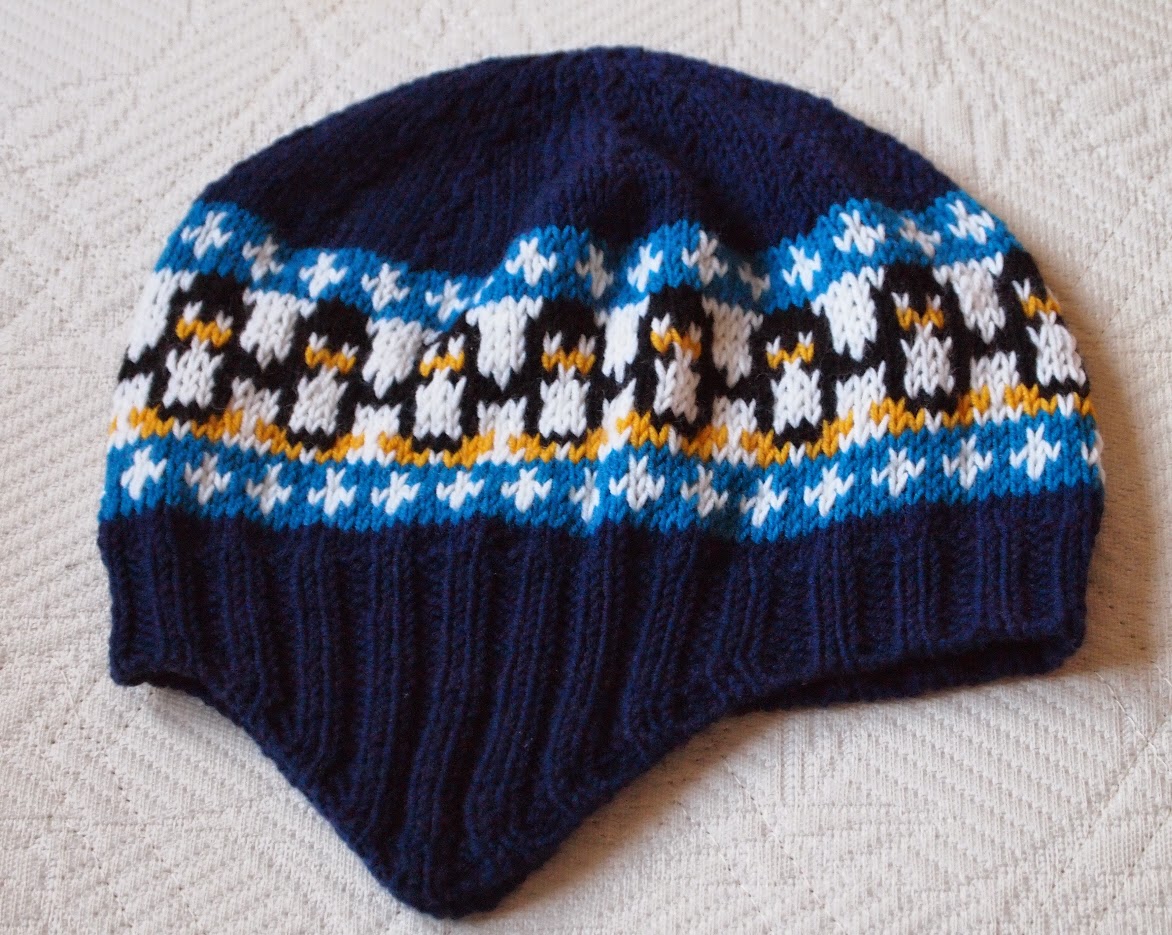 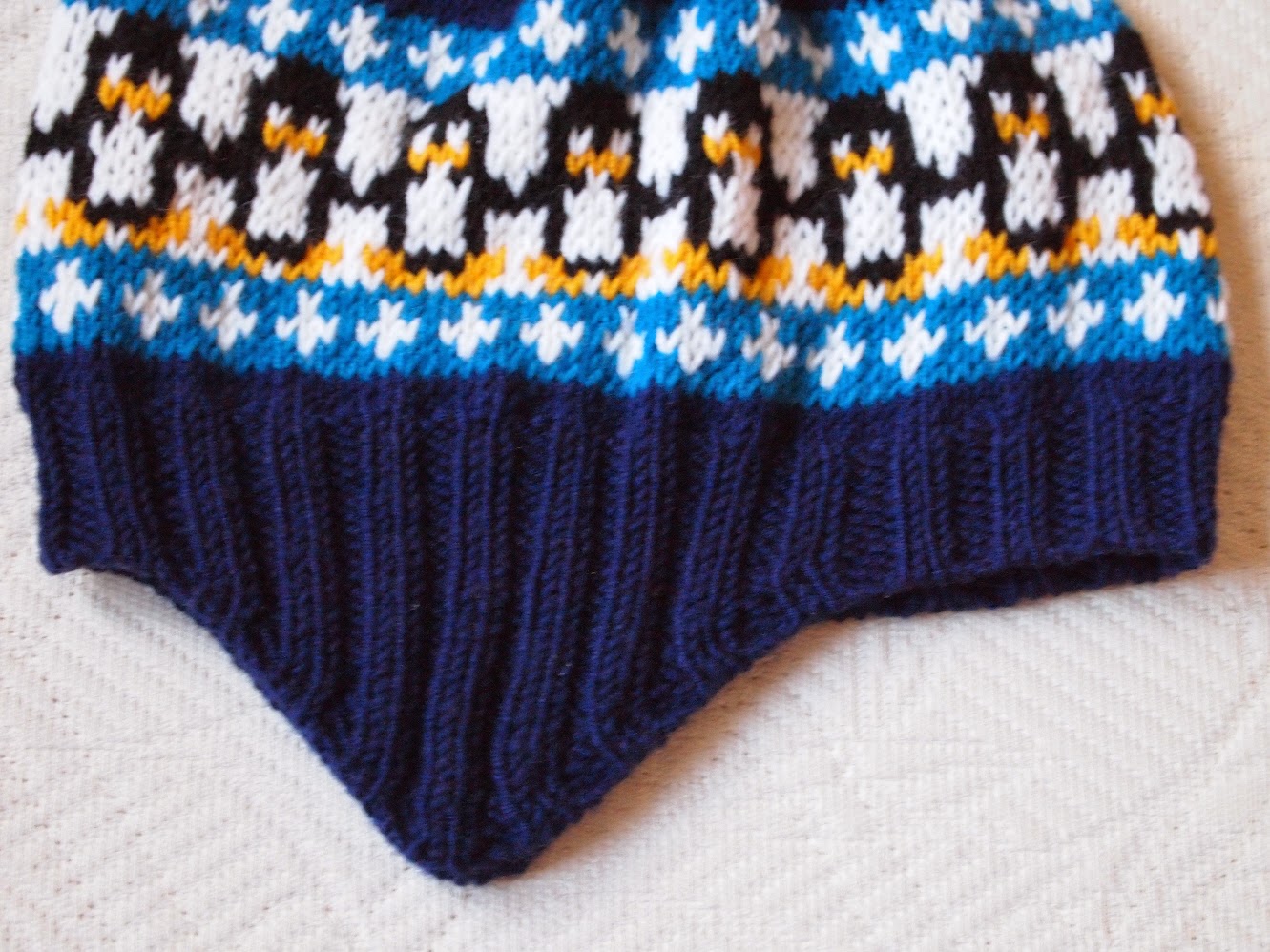 And the third hat? Actually the second hat came out a bit small, but instead of frogging it, I decided to knit another one for Gaby and to find a smaller head for the second hat. Thus in the course of a week I made three penguin hats. Now - on for the pompoms and the fleece linings. 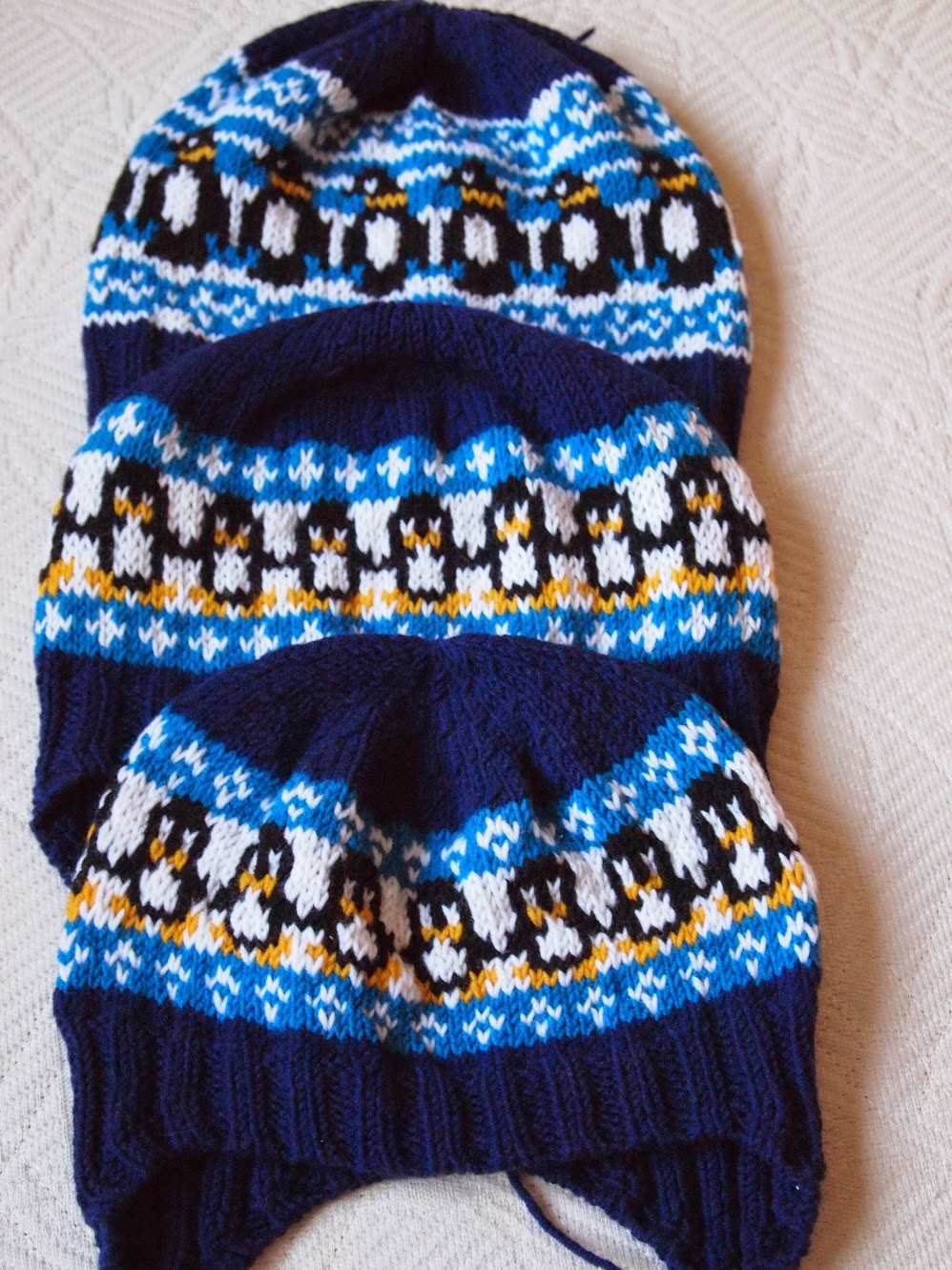 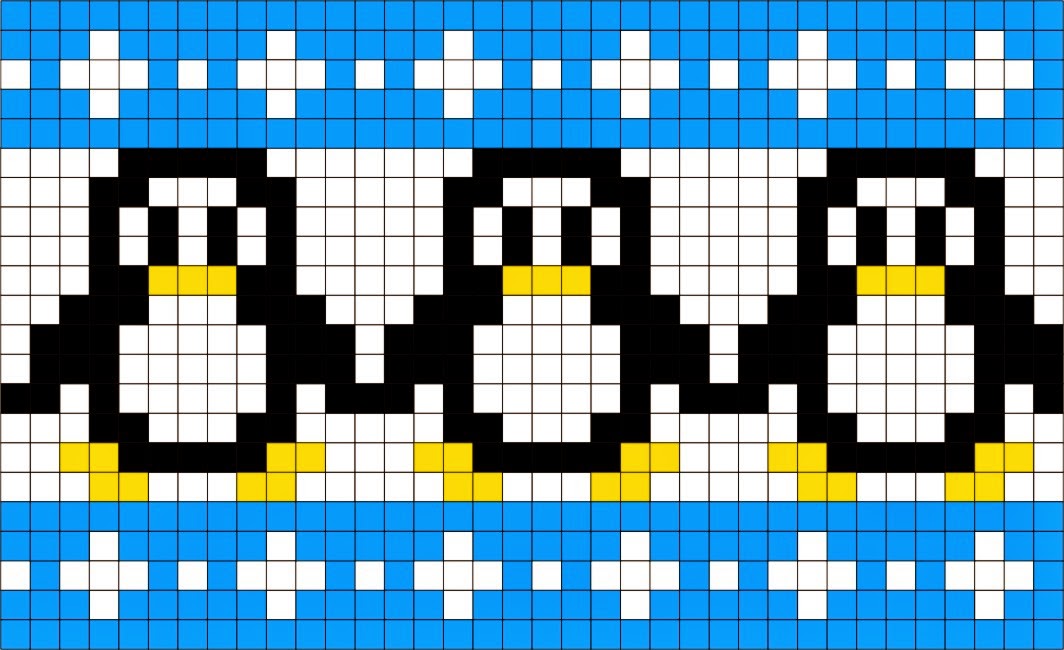 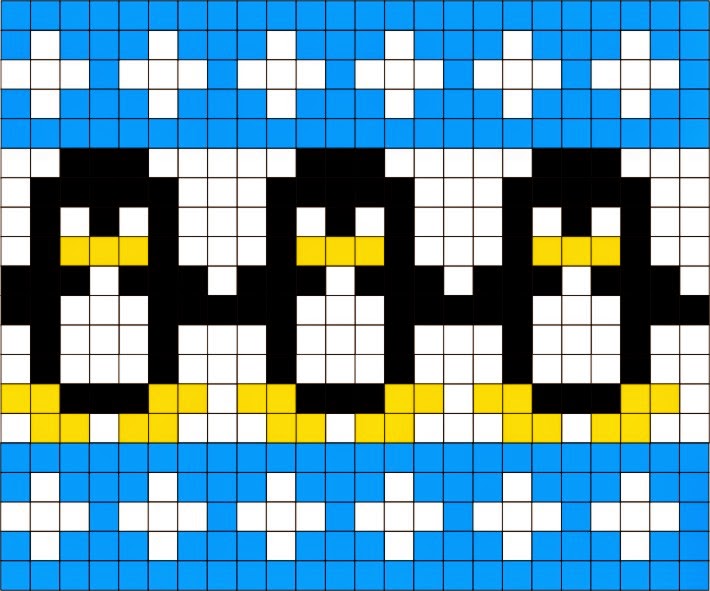 Posted by Carmela Biscuit at 5:16 PM