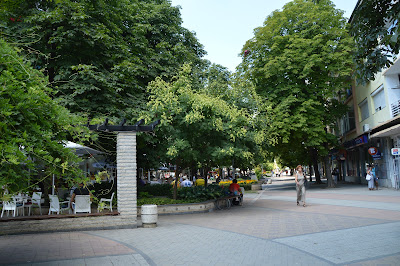 After Russe, we continued our travel through northern Bulgaria by visiting Razgrad. As the heat wave was still sweeping through the area, we had a fairly short 5 km stroll through the center of the city. 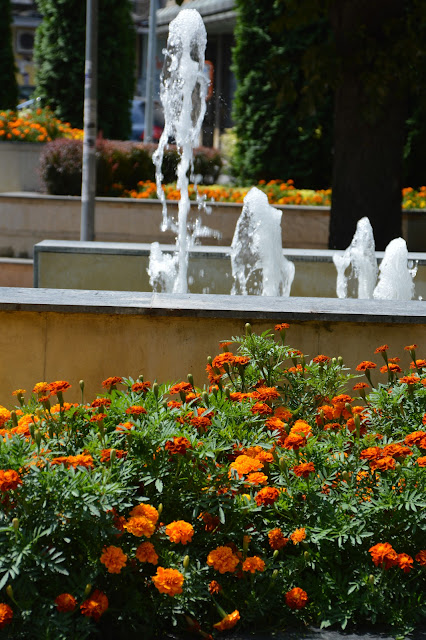 : The mosque, which is a cultural and religious monument 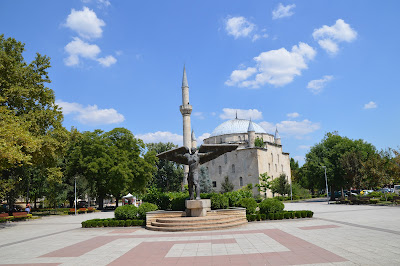 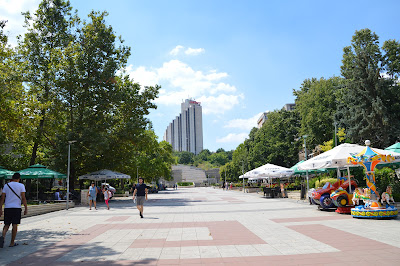 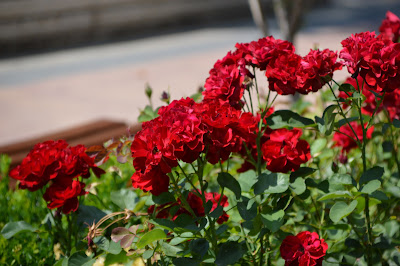 : Probably because of the drought, not all of the city fountains were on, but luckily there were a few spraying freshness around 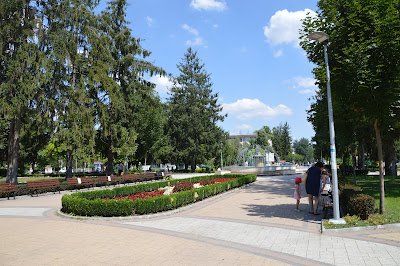 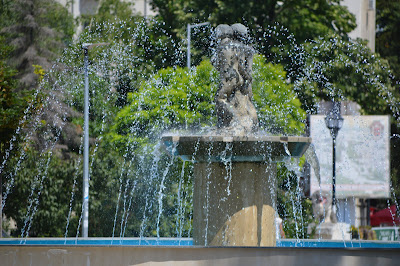 : The old clock tower, dating from the XVIII century 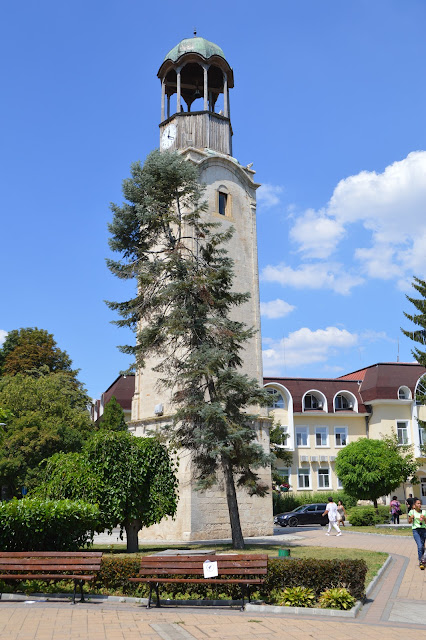 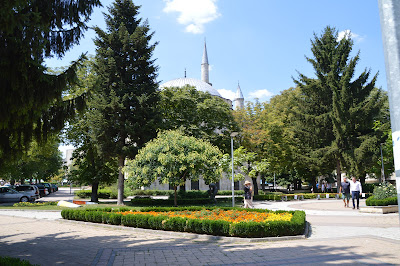 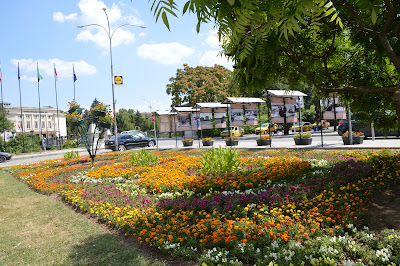 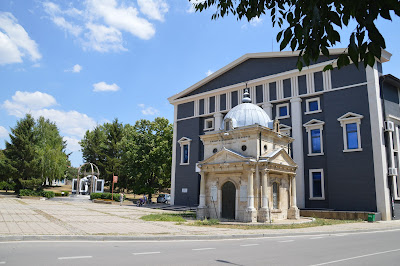 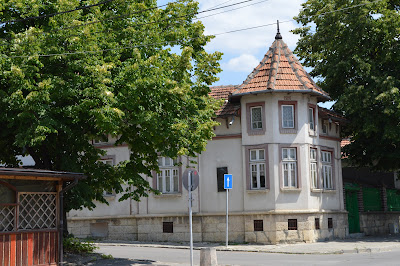 Posted by Carmela Biscuit at 9:39 AM