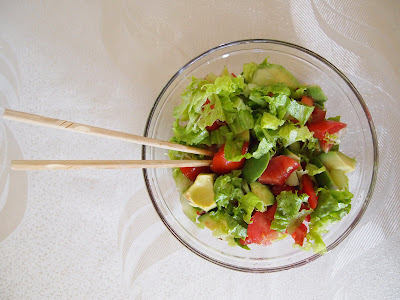 Though it must have been on the market for some 15-20 years, avocado is still a very exotic vegetable in Bulgaria - almost none of my friends, relatives or acquaintances eat avocado, even our children hate it. And because of the low demand, avocado is rather expensive here, sold by the piece. Still, my husband and I enjoy its exotic creamy oily taste, especially in a lettuce, tomato and avocado salad.

So - on February 13th I decided to start an experiment and grow an avocado plant from a pit. Following a few video clips on youtube, I placed the pit in a glass of water with three toothpicks stuck in it to prevent it from total immersion. 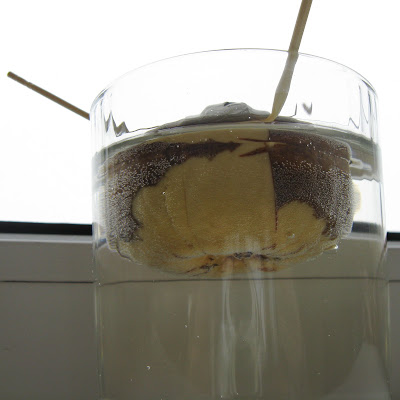 Nothing happened for more than a month. And then at the end of March a small root peaked from the bottom of the pit (March 26). 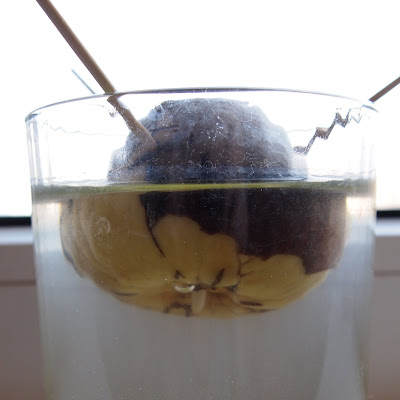 The root began to grow and a month later the first leaves appeared (May 08): 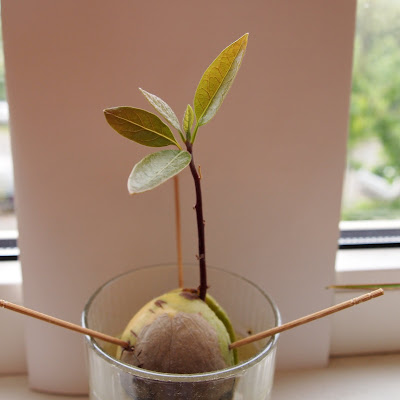 And here the happy story ends. I suppose I should have planted it in a pot, but other issues occupied my time and mind, so I left it in the glass to grow, until it suddenly began to whither and died in the course of a week. I'm sure I must have mentioned it earlier, but I really lack the green thumb that other people, like my mother, obviously have. Luckily killing your own plants out of negligence and incompetence isn't criminalized yet, for I'd be claimed a serial killer :(
Still, I think the experiment was partially successful, and I might even try it again ...
Публикувано от Carmela Biscuit в 10:01