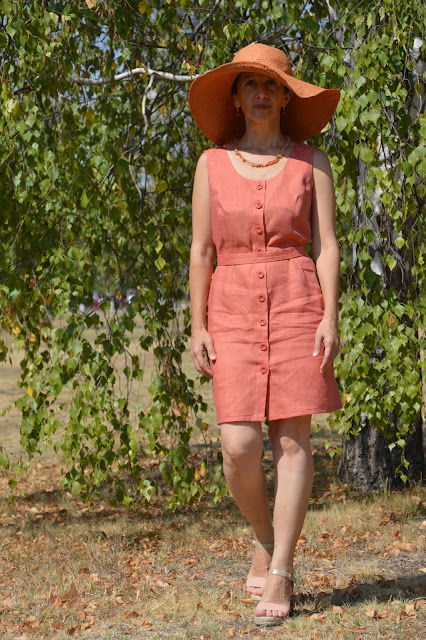 Finally, today I found the time to take pictures of a linen dress I made about a month ago. This is probably the most creative I've gotten with sewing so far, unfortunately the pictures do not give justice to the way I feel in this dress, as imperfect as it is. 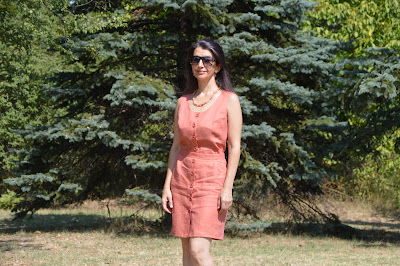 The dress is a hybrid between a free pattern by Peppermint Magazine, designed by In the Folds and Burda # 118 03 / 2013 to get something similar to a ready-to-wear dress I saw while googling button-up dresses. Initially I had decided to make the In The Folds dress, I even printed, glued and cut the pattern and then I reconsidered. I did not like the rather roomy and shapeless form of their dress and I was not sure it was at all my style. 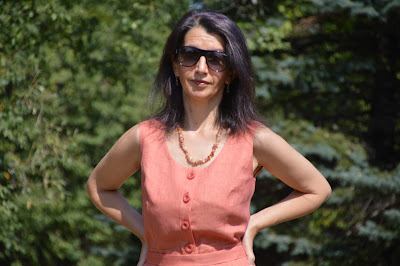 So I googled button-up dresses and decided to take a fitted shift dress from Burda and make it into a button-up dress. I followed the way the In The Folds dress was constructed in front and made my own lining based on the lining for their dress. I also followed the very detailed and helpful instructions, provided by the Peppermint Magazine while sewing my hybrid dress. There were some tricks, concerning the attachment of the lining, which were very interesting and I would have never come up with them on my own. 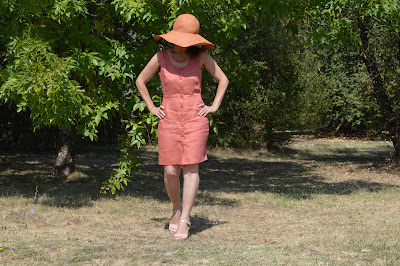 The fabric of the dress is also very special to me, as this is the first fabric I've dyed before making a garment. The original fabric was linen in bright orange yellow, which was gifted to me. I loved the fabric, but the color wasn't me. So I prepared a solution of hot water and salt and bordeaux cotton dye and I worked the fabric in it for at least half an hour. I do mean "worked" - I knew from experience, that if I simply left the fabric in the pot, it would dye unevenly, so I moved and squeezed it constantly, until most of the dye was absorbed. Then I let the fabric dry and fixed the dye by ironing the fabric at the highest temp on my iron. I still haven't washed the dress, but some tests I did on the cuttings showed some loss of color during washing, so I'm still not declaring the experiment a success. 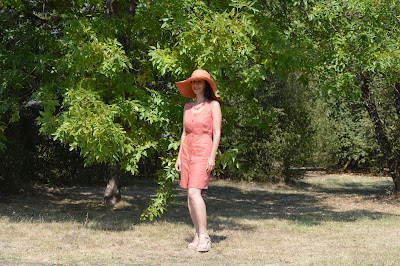 I love linen, but I'm not convinced I'll be making another dress out of linen soon, not if it creases as this linen. On these photos I had just ironed the dress and travelled in the car for less than 15 min and it's all creased - so impractical :( Next time, probably next summer, I'm thinking of a repetition of the pattern, but in chambray. 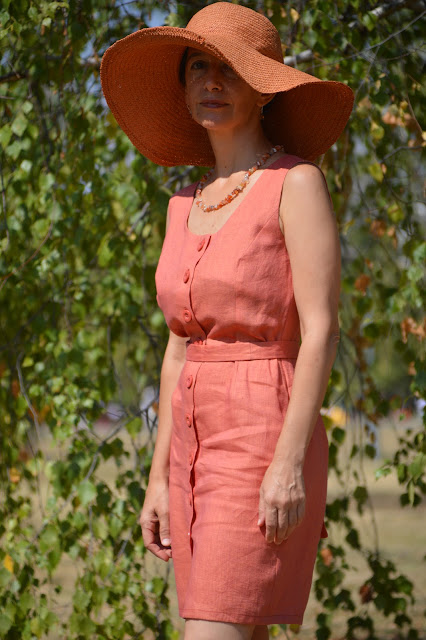 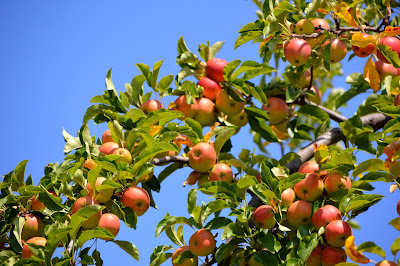 Something about the belt. Initially I hadn't thought of a belt at all, but after I finished the dress it looked to me kind of missing something, so I gathered the bigger remnants of the fabric (I had only 1.30 m and barely squeezed a full sized dress) and made a belt. But I'm not happy with it either. When I fasten it, it creates a puff on the back and tends to cover the central button. So next time one more mod of the pattern would be a belt, which is part of the dress. 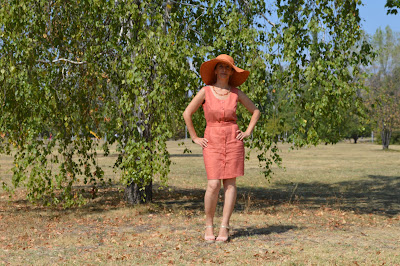 I can't decide whether to keep the belt ends in front 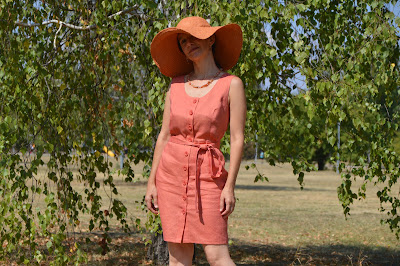 or at the back. I can wear it with a thin leather belt too, but a waist band would be better. 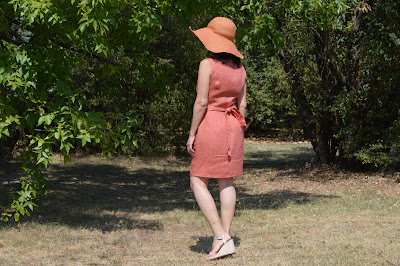 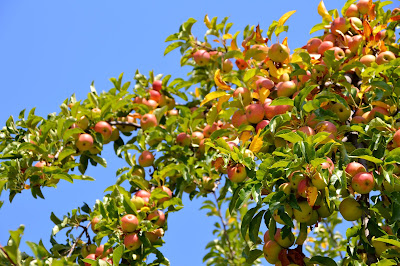 Posted by Carmela Biscuit at 6:22 PM