Another hike on Vitosha, a combination of two different trails we've roamed previous years, situated close by. We hiked Kominite with Gaby in 2015 and we climber Kamen Del peak last year. There is a path from Kominite that leads to the plateau, so we decided to try the detour and then go to the popular Kamen Del, which hangs over Sofia and offers the best panoramic views to the entire Sofia plane.

:The stony trail to Kominite 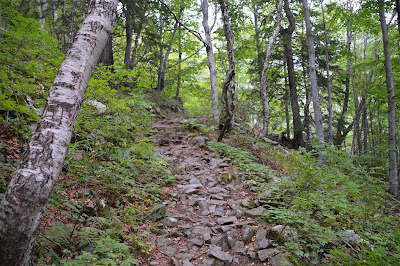 : The first of the ridged rocks 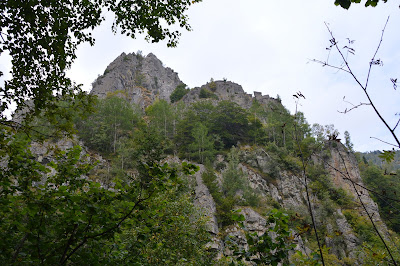 : The place is very popular with climbers 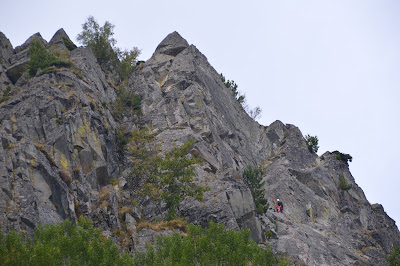 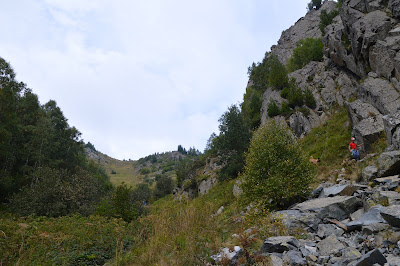 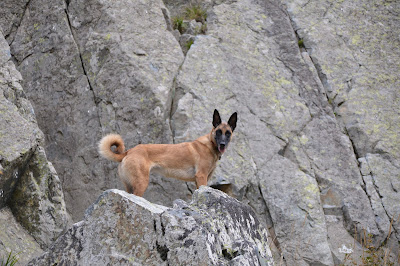 : These alpine slopes are very avalanche dangerous in winter 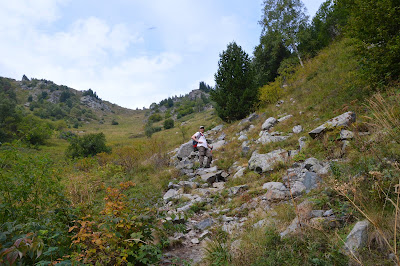 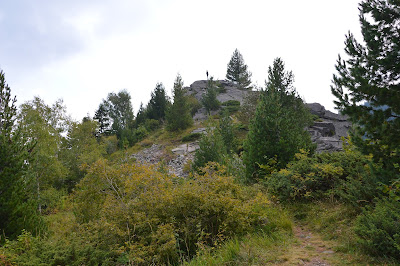 : The entire place with abundant with cranberries 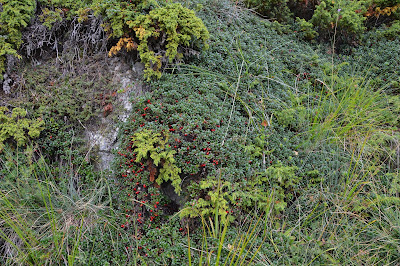 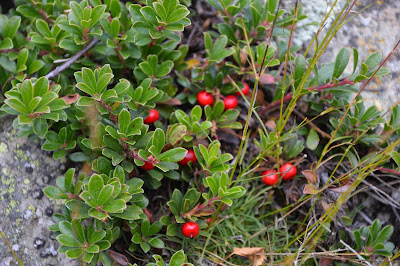 : The second and third "chimneys" 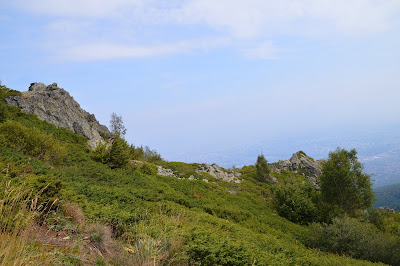 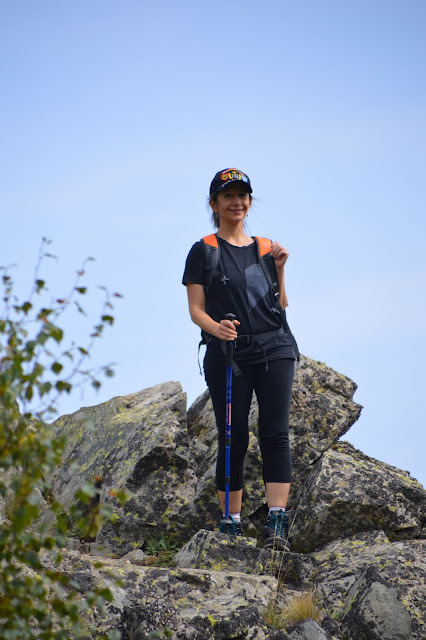 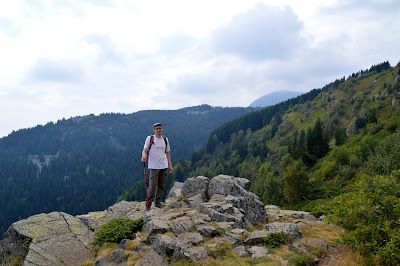 : Up the trail to the plateau, Eagle's nest peak in the distance 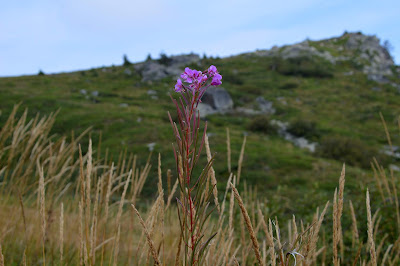 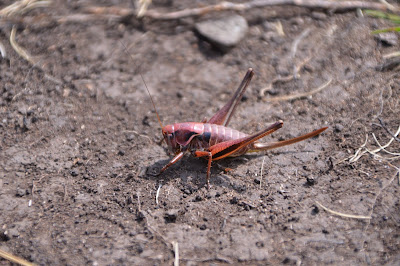 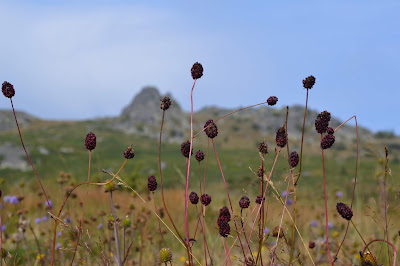 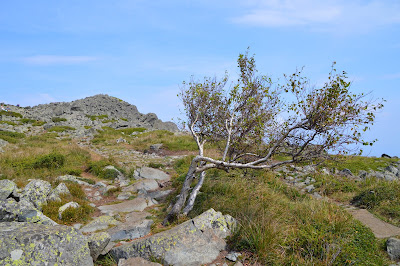 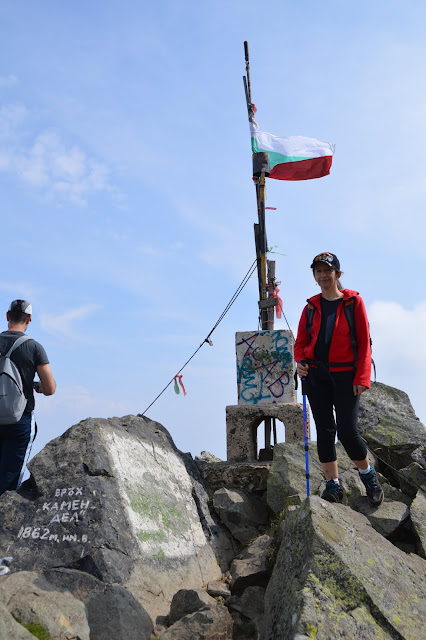 :The city down there, in the skirts of the mountain. The day was a bit cloudy and it rained later in the afternoon 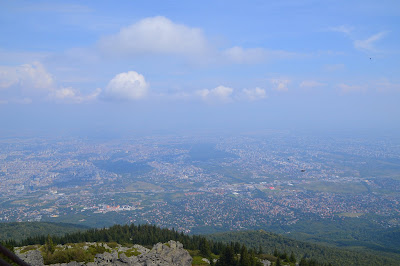 : The plateau. I'm very much drawn to this alpine scenery 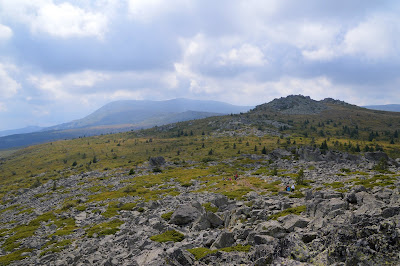 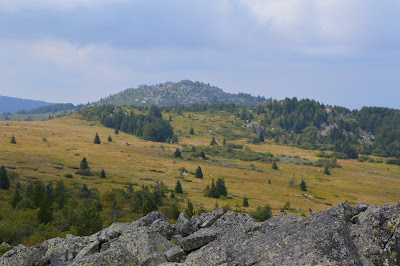 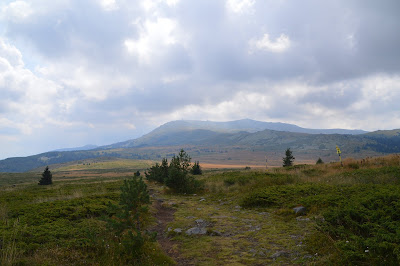 : Cherny Vruh in the distance 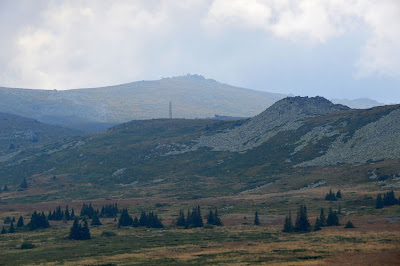 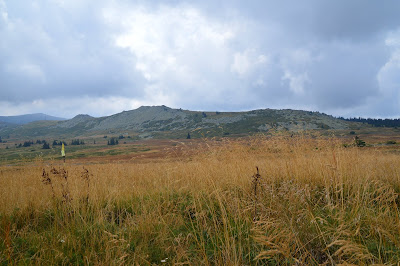 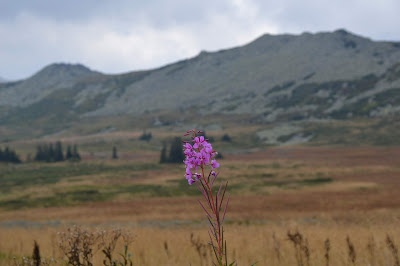 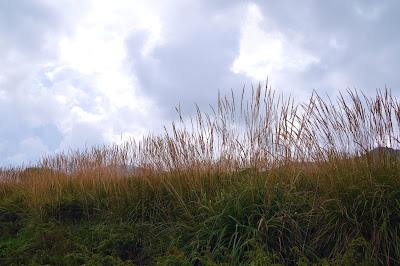 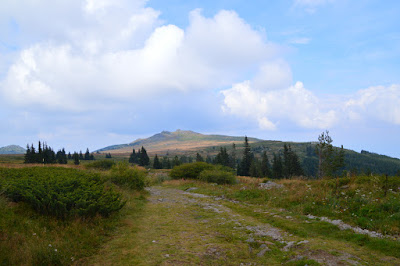 Posted by Carmela Biscuit at 11:18 AM